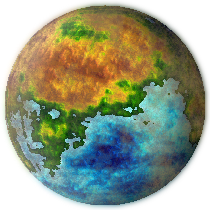 The Salamanders received a distress signal from a medicae facility located at Adrianus Heights, high in the mountains amongst the snow and glaciers of the Cambrius' highest mountains. Adrianus Heights had suffered much in the fighting, and many of the buildings were unstable. Adding to this the footing was treacherous, with snow and ice everywhere. A Death Guard force led by none other than Calus Typhon was inbound on the location and they requested aid to repel the invading force. Inserting by Stormbird, Commander Na'vash and the Gorladons dug in and prepared to defend the facility. Tactical Squad He'rok tok up station in the medicae facility, the most stable building in the area. The medics produce a device they had at the location that thy said would aid the defence. Testing it the squad found it increased their marksmanship. Thanking the medics they took up station and prepared to protect the wounded. Breacher Squad Ver'bero took a nearby building that contained several supplies important to the medics. Na'vash and his Firedrakes took station centrally, ready to intercept the incoming forces.

The Death Guard entered the town. Typhon and two Deathshroud in a Land Raider lead two large squads of terminators. Na'vash swiftly moved to intercept the Land Raider, while the other squads held their ground. One of the noble Firedrakes fell as a Lascannon beam punched through his armour, while another was wounded as an autocannon shot found a weakness in his armour. Incensed by the death of their brother, the Firedrakes charged through a building seeking the quickest path to the Land Raider. However, the building was weak and came crashing down around them. Raising their shields and putting their heads down the stalwart sons of Nocturne weathered the storm.

A squad of Death Guard seized the town comms centre, while another opened fire on the Breachers killing 5 with the help of the Land Raider. The Firedrakes finally fought their way out of the broken building, but the treacherous ice and snow slowed them. However, they were quick enough to catch the Land Raider. A rapid series of hammer blows weakened the rear armour, before one clean blow detonated the vehicle's engine, hurling Typhon and his bodyguard from the wreckage. Outraged at the insult done to their First Captain a squad of the Death Guard shot at the Firedrakes, before charging them. The Firedrake ignored the fire of their foes, and 5 terminators fell as Commander Na'vash showed them how to use a blade. The remaining five were beaten into submission by the Firedrakes, their weak attempts to defend themselves borne on the shields of the Salamanders elite.

Not pausing to catch a breath the Firedrakes launched an assault on the comms array, repeating the treatment on the Death Guard holding the building. Na'vash and the Firedrakes cleared the building with brutal efficiency, claiming the third strategic location for the Emperor. Outside Tactical Squad He'rok finally had a target and unleashed their fury on Typhon and his bodyguard, felling one of the Deathshroud. Realising that he and the last Deathshroud were vastly outnumbered he quit the field, the flare of his teleport extraction marking a great victory for the Salamanders, and grievous losses for the veterans of the Death Guard.