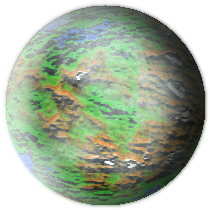 Screeching warning icons in his helmet display brought Ferox back to consciousness. +Helmet seal status: compromised Internal power source: compromised Void integrity: compromised Life support: compromised+ He blink clicked them away. Pulling himself up from the crater in the ground he surveyed the scene around him. More broken alien "suits" littered the field intermingled with crashed Eldar bikes and hover craft. Land Raiders from his own legion roved the field, crushing alien filth beneath their treads. "A victory then." Thought Ferox. The mechanicum constructs lumbered the field. Collecting the Xenos for study in their arcane laboratories. "..eetings Tribune Ferox." Crackled the vox bead in his ear. At least that still worked. "This is Calas Typhon of the XIVth, the Death Guard Legion. I have arrived in system per orders of my primarch, and the Warmaster. We have brought with us a host of knight house holds as well. It appears your sector is in need of assistance." "Acknowledged." Grumbled Ferox. "So the warmaster has finally awoken to the issue here. It's about damn time." Thought Ferox. "Begin Planetary landings Typhon. My men are in Route to the space station as we speak. I will notify you if we require addition reinforcements there." Ferox voxed back. Now, the war would really commence.