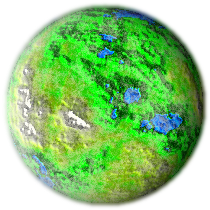 +Begin transmission+ +Break out successful. Beginning main drive on planet. Eldar forces are in retreat. Will attempt to run them down. For the emperor!+

Eldar forces were forced back after suffering a major defeat on Metum after Initial legion drops onto the planet. Pursuing these retreating forces, the World Eaters began to split off into smaller Groups to entice the xenos into riskier attacks, it would prove Successful as soon, the Eldar would strike again.