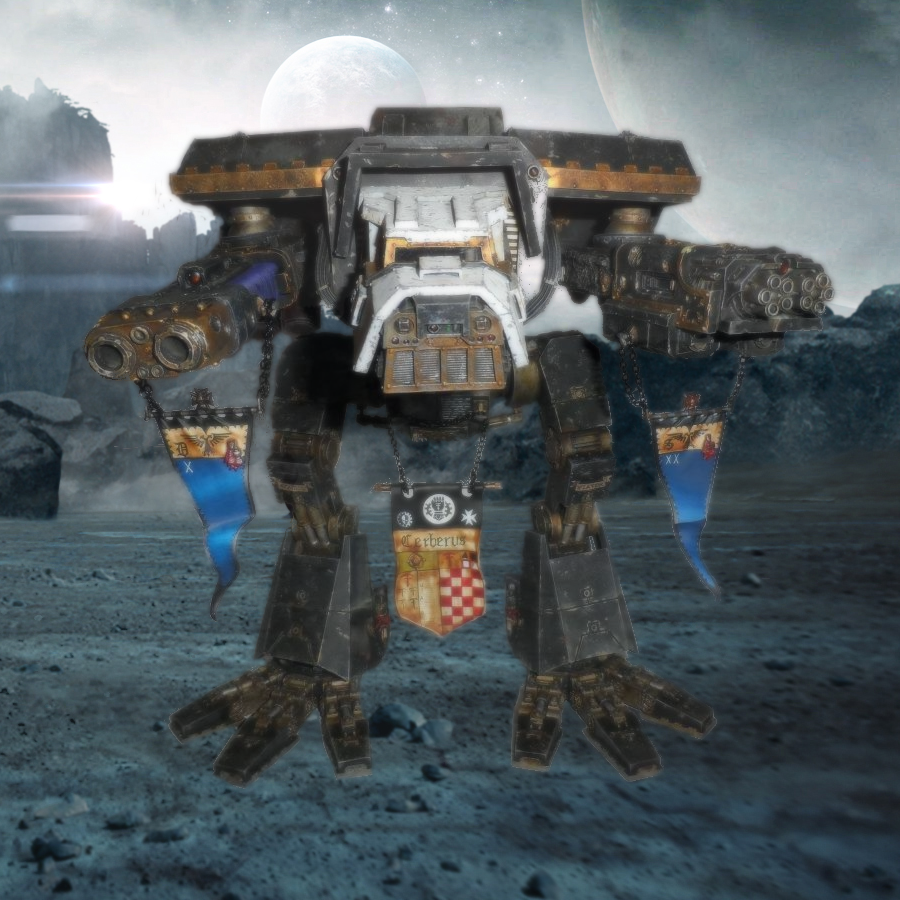 One of the two original Warhound Titans manufactured by Legio Crucius Templari on their Forge World, Cerberus. Immediately after its field trial the Aquilus Viator or Dark Wanderer was dispatched to serve and train with a Maniple of Engines with its parent Legio; the Warmongers. For a number of centuries the Warhound travelled from Sector to Sector, its Princeps requesting transfers to active warzones each time its assigned Campaign completed, registering the most Engine walks for a Titan in its first two centuries of active duty.

Summary: Fielded as a lone Warhound in support to a besieged Imperial Fists force, the Aquilus Viator performed badly and suffered significant damage in both skirmishes of the engagement, being disabled not only once but twice during the days of battle. Even with the defensive void shields of the nearby Fortress the Titans was continually targetted and damaged by enemy fire, unable to reply in kind with its own shots going wide or striking ineffectively.

With the Fortress being overrun by the Nightlords and their mysterious allies, the crippled Warhound limped away from the engagement zone escorted by the remaining Astartes of the 7th.