Ashes of Pyre~Battle for Metam V 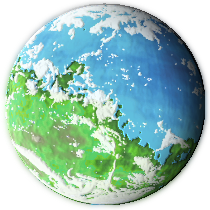 Excerpt from The Horus Heresy: Famous Campaigns and notable battles

Most Imperial historians are in agreement that the campaign by Loyalist Imperial forces to retake the industrial juggernaut of the Pyre System, can roughly be broken up into four or five distinct stages. Starting out in the closing stages of the Baylonian Insurrection, a decisive victory for Horus’ forces, with a change of strategy from the Loyalist high command in the sector that saw a rapid assault against the Traitor position at Metam V, through to the early successes of the loyal legions within the Pyre system.

The next stages roughly translate into the military moves from both sides of the conflict over the next eighteen months (Terran Sidereel), culminating in what could only be described as one of the bloodiest battles in the history of the Heresy or Great Crusade. Some historians argue however, that these opening plays by the Loyalists had very little connection to what came next and are not worth investigating any further that to place later events within a larger context. I reject this assertion and believe that the engagements across Soranus, Extarious, and Fort Bellgarde, along with the stealth engagements from both sides are integral to the entire campaign, and thus worth exploring here.

Prologue to War, the road to victory is paved with the blood of martyrs:

Compared to the bloodshed of the following two and a half years, Metam V hardly rates a mention within the annals of history. A small barren rock that had once been host to an Imperial colony and meager population. Its only claim to significance being that it sat upon a stable warp route into the Pyre system, as such it was ripe to become the portcullis that the Warmaster could slam in the face of his loyal brothers to stop them extracting the warmachines and ships that Pyre was producing in droves for his dark legions. It is almost impossible to know who ordered the rearguard action from the Traitor forces at Metam V, or what took place at any formal war council within the Warmaster’s forces. One must instead rely on hearsay and testimony garnered from captured enemies, neither reliable sources. One can surmise however that the value of Pyre almost equalled that of Mars to the Warmaster’s battle plans, and as such his forces would have been under orders to protect the system from invasion, regardless of cost. To secure Metam V with one hundred thousand legionaries was then a small cost to stop or slow down the impending Loyalist assault.

The Loyalists however were chomping at the bit to reengage the Traitor forces after their disastrous failure at Baylon. Many credit this loss with galvanising the Loyalists into action and setting them on the path to Pyre. This however does not tell the whole story, it was at this time that there was a change in command structure and more belligerent personalities came to the fore. After the humiliation of the Baylon crusade, the old guard were pushed aside and more weight given to the strategies of other force commanders; the Sons of Russ, the Angel’s host, and even the Khan’s forces started to make their presence known within the war room. Knowing the context of this revised suite of strategies employed by the Emperor’s forces, it is not hard to understand what came next upon the dust covered, rubble strewn, streets of Metam V’s blasted cities. The Imperial forces hit Metam V like avenging gods of war.

The Traitors had left one-hundred thousand legionaries to oversee the defense of Metam V and thus the jump route into Pyre. These post-humans were responsible for several million more unaugmented troops and support personnel, including air wings and a small picket detachment of naval ships in orbit. A sizeable force by any measure, and more than enough to bring even the most unruly system into compliance during the great crusade. The loyalist force dismantled and annihilated it in its entirety within a hundred hours of making landfall upon Metam V. Utilising standard orbital assault tactics, the Loyalist forces descended on Metam V using drop pods and Stormbird assault craft. In orbit the traitor’s fleet elements were cut off from escaping by the superior Loyalist fleet: The Blood Angel battlebarge Angelus Extremis accounted for four cruiser sized ships with its opening salvo alone, while White scars’ warships punched through and disgorged their drop pods and assault craft to the surface before any of their allies. Although dug into defensive positions on the surface, the traitor legionaries were stunned by the ferocity of the Loyalist assault. Elements belonging to the third legion found themselves immediately on the defensive against the Khan’s bikers and pounded mercilessly by their air power, however some eyewitness reports from the surface do tell of a single combat between a champion of the third and a White Scar battle captain that resulted in the White Scar being carried away on the back of his subordinate’s jet bike. Owing to the insular nature of the Scars, it has been impossible to confirm the fate of their leader at Metam V.

Although many of Rogal Dorn’s sons had returned to Terra after the failure at Baylon, some forces did remain with the Loyalist armada. One of these forces targeted Metam V’s oldest city; Ville de Sot. Hiding within the rubble of Ville de Sot was a contingent from the twentieth legion, a fierce street by street city fight erupted between the forces, however very few casualties were taken by either side. Some experts on the XXth Legion (if in fact there is such a thing) have debated the possibility of this force even existing, positing the idea that it could have been a much smaller force or even holographic trickery. Either way, Ville de Sot was a stand out battle in the Metam V conflict due to the lack of casualties, rather than the massacres seen elsewhere on the planet.

The battle of broken plain is also worthy of examination, being as it is the first time during the Heresy that The Rout were let loose within the sector. After being notably absent from the Baylonian Crusade, the sons of Russ arrived with the Loyalist flotilla at Metam V ready to make up for lost time. The wolves deployed to the surface as an armoured force, taking to the snow covered plains of the Northern highlands to chase down any traitors in the area. It is well known that even among the killers of the legiones Astartes The Rout are known as barbaric butchers that do not stop until their foe is completely eradicated. On Metam V they once again proved this to be true. The Rout cut their way across the highlands in a little under two days,conservative estimates suggest that they were responsible for overrunning ten-thousand traitor astartes and upwards of two-hundred and fifty-thousand unaugmented humans. It is clear that the Wolf-King was tired of the successive failures of the Baylonian Crusade and meant to change the Loyalist’s fortunes, starting at Metam V.

It is worth noting that there is some conjecture within historical circles that the Traitor forces left at Metam V were in fact considered to be dregs by their respective legion commands, and of no significant loss.

Some also speculate that considering the way the war unfolded within the Pyre System, that there may have been some within the Traitor faction that had allowed Metam V to become the colossal failure it was.

The Traitor’s gambit at Metam V had failed, barely slowing down the Loyalist armada and ground forces. Word of their defeat on Metam V reached the Traitor command on Soranus one week later. The traitors embedded on the fortress planet Bellgarde and tasked with securing the floating weapon platforms ringing the madaville point were under the command of a Deathguard Captain, while theatre command can be traced to a high ranking Word Bearer.