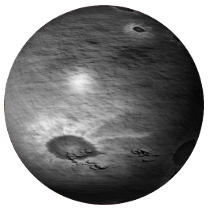 
[DATA CORRUPTION] ...We landed on the planet's surface seeking for aid. The planet was unaware of the ongoing galaxy wide civil war, and didn't have the resources we needed to restock our gear, still made of what little we could harvest from the killing fields of Isstvan V...[DATA CORRUPTION]
At 14.48 Terran Hours, The Battlebarge Merciless launched a surprise bombardment on Alpha-51, Mardrion's main military complex, killing most of the local militia and destroying their facilities. At 15.21 Terran Hours, the first World Eaters Dreadclaw landed on planet. The 12th Legion attacked multiple targets: one force assaulted Alpha-51 to finish off the planet's military defences, while two smaller and separate groups attacked Zoran, Mardrion's Capital City.


The training complex had been left in chaos by the preliminar bombardment, and isolated groups of Imperial Militia were easily smashed by the ravaging World Eaters. A group of our Legionnaires under command of Veteran Sergeant Ferax Vontees managed to slow the rampage with a series of hit and run attacks, providing some time for evacuation to the shattered Militia [DATA CORRUPTION] the 12th Legion ultimately forced the breach and left the Imperial Forces no other choice than withdrawal. Vontees, the only one of my brothers who survived the assult, was severely wounded in a duel with the World Eaters Captain and joined a group of Mardrionian soldiers. [DATA CORRUPTION] They pushed towards Zoran to link up with the remaining loyalist forces. Despite our efforts, the fight in the capital was an equal disaster. The World Eaters' charge towards the city left countless, lifeless husks of the periferical Hive Hab Blocks and their defenceless inhabitants, while Praetor Rahalderic Vosan heroically managed to evacuate the inner Blocks' inhabitants towards the fortified heart of the city. [DATA CORRUPTION] I led an attack against the rearguard of the World Eaters, and managed to shatter it thanks to the bravery of my men. With the lines of the enemy broken and confused, Praetor Voran could leave the city with his Astartes and human survivors.


As the fighting raged on all of Mardrion, demanding a monstruosly high number of civilian casualities slain by those damn butchers of the 12th Legion and their renegade Imperial Army allies, Alpha-51 and Zoran were firmly in the traitor's hands, while we moved with the Imperial Militia and those citiziens who could be evacuated to Darolon Harbor, seeking to leave the planet. Informed by Sergeant Vontees about what happened on Alpha-51, Praetor Voran acted like the hero he was, and challenged fate. He decided to remain on planet, gathering an élite of Astartes and Militia volunteers to go try cutting the serpent's head. Vontees, though still wounded, had been told by his human comrades of an important tecno-relic stored in the vaults of Alpha-51. He decided that his wounds would take him anyway, and that his last hours would be better spent trying to prevent that relic from falling into enemy hands. He launched a parallel attack to the ruins of the complex [DATA CORRUPTION]


I was tasked to command in Voran's absence and lead the survivors to Darolon Harbor, only to discover that the spaceport had been bombarded and a traitor garrison had been redeployed to prevent our extraction. Taking advantage of the smokes and debris of the ruined Harbor, we launched a surprise assault on the World Eaters. Though suffering near-total losses, we crushed any traitor resistance and gained control of a small frigate. We waited for our brothers as much as we could [DATA CORRUPTION] finding nothing but dead channels and receiving no comunication by Voran or Vontees, I had no other choice than departing the planet as a new tide of World Eaters was about to invade Darolon Harbor.


++ Integration by Archivist Remembrancer Molinus, M32 ++
Voran's desire for blood was quickly satisfied by the fates of battle. His headless body was found along with those of his honour guard, with their Tactical Dreadnought Armour teared apart by what seemed to be a chain blade. What kind of paragon weapon could pierce their defenses with such effectiveness remains an unshrouded mistery. The corpse of Sergeant Vontess was found maimed by shells of high calibre, seemingly belongig to a Kheres pattern assault cannon. The relic he was after, a phase-walker device from the Dark Age of Tecnology, was listed as missing in a latter inspection. Broken and defenceless, the planet's populace was utterly butchered, and only those wealthy or lucky enough to escape with the Raven Guard or seal themselves behind the door of one of the subterranean hidden bunkers saw their lives spared. His cities and complexes burning, empty and broken, Mardrion suffered a blow from which it would never fully recover. 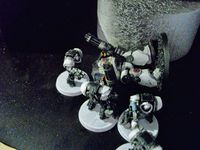 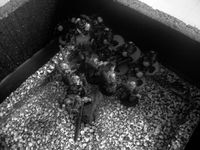 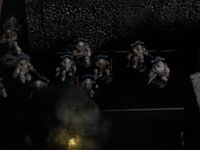