If this is your first time submitting a battle report, please read the below tutorial before creating the report

If you are creating a stand alone report without any existing location just enter the title of your Battle report in the below box, feel free to make this interesting for example:
Stone Smiths drive the Iron Fists from Denita

One of the most important elements of the entire system (apart from playing the games!!), is to post summaries of the games so that they can be added to the ongoing narrative of the Sector. These reports add to the atmosphere and creates stories around the games which are played, they can even decide the outcome of planets and systems. Any games can be submitted as a Battle Report, no matter how small, even a game between two mates in the garage, take some photos, pick a planet in your Sub-Sector and write up a story of what happened. As a rule of thumb it is better if most (if not all) players are registered with Army ID's, and that the Victor or the game EO submit this report.

At minimum the report should include: Date of Battle Sub-Sector/System/Planet Loyalist Forces Traitor Forces Summary

However it is strongly encouraged that more information be provided to enhance the overall narrative of the campaign. Most sections can be expanded to add to the theater of the game, below are some examples along with the minimum data for each category. For Scenario Games a single report could be submitted, though lots of smaller reports culminating in the final result may be better fluff reading; for larger, more coordinated ongoing games, perhaps you should consider creating a Campaign Report.

Once created you will see that the report is split into five specific sections;

These tags help merge pages into groups and makes it far easier for our automated calculations to work and for people to find similarly themed things. The first two Categories don't need changing, however the two containing the 'No Data' need to be updated with the name of the Planet and Sub-Sector in which the battle took place. Make sure that it is the correct location and have checked with the other groups in your area to make sure you aren't inadvertently interfering with an ongoing Campaign or anything like that. If you are entering a Global Heresy report, these will be prepopulated.

The Battle Specifics section is an essential element of the report, there are lots of sections throughout the website which rely on information provided in the specifics section; automated updates, influence calculations, ticker feeds etc. Please be careful when entering the data and make sure that each section is entered correctly

This is the date on which the game took place or, in the case of multiple day games, finished. Please enter in the correct format, for example; 1 January 2014
The 30K Imperial date format differs greatly to the current real date system, it comprises of three numbers representing the segment of the year, three additional number representing the year of the millennium and then the millennium, like this: 455.005.M31.
This date will automatically be populated based on the correct date entry above.

Enter the location information of where you are playing your game, make sure the spelling is correct, however if it is incorrect it will appear in red once published and can be corrected using the edit function. This will ensure that the links for the Battle Report flow through to the correct areas for fluff reports to be attached.
If you are entering a Global Heresy report, these will be prepopulated.

This section provides a way of linking all of the players who participated in the game. Simply add each players Army ID into a separate field under either Loyalist or Traitor (they dont need to be even)and it will automatically link the battle report to their page and their overall faction.

This is the main fluff element of the report. The story of what happened during the fighting, maybe even what caused it or the subsequent impacts because of the outcome of the battle. Try to keep the effects within the narrative though, so a single game between two players cannot determine control of the entire Sub-Sector, but it could represent a foot hold being secured on a new planet, or an attack into well defended enemy lines.

Try to avoid using game mechanic term and mentions of dice rolls, keep it in universe, these reports will be linked to all of the players plus they will appear in news feeds on a lot of other groups Systems pages to notify them of new battles which have taken place in other areas of space.

By default there will be six place holder images already populated here, to replace them with real pictures of the game or other illustrations simply change the file name and extension to that of the image which has been loaded (if you havent uploaded the pics, this can be done latter or now by going here). To add more photos simply copy and paste the lines down, or to remove the pictures, simply delete the lines. 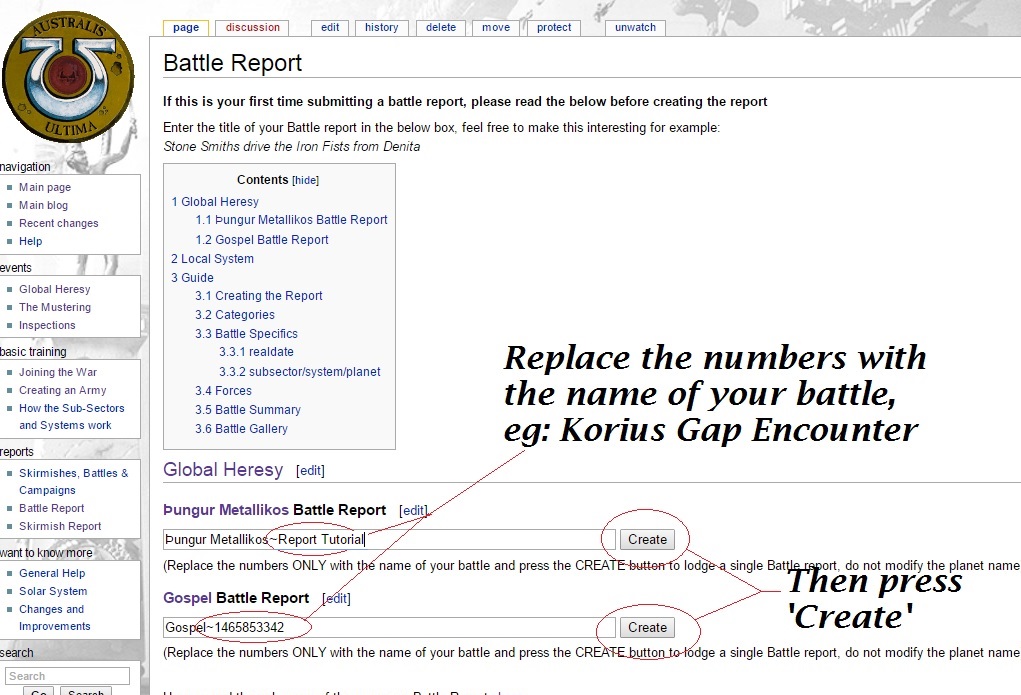 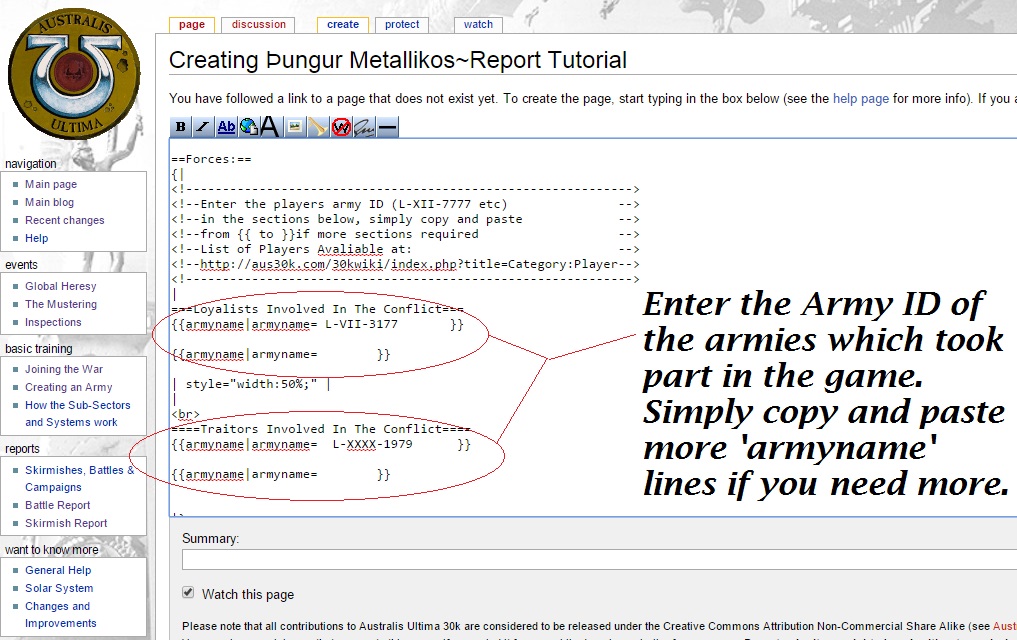 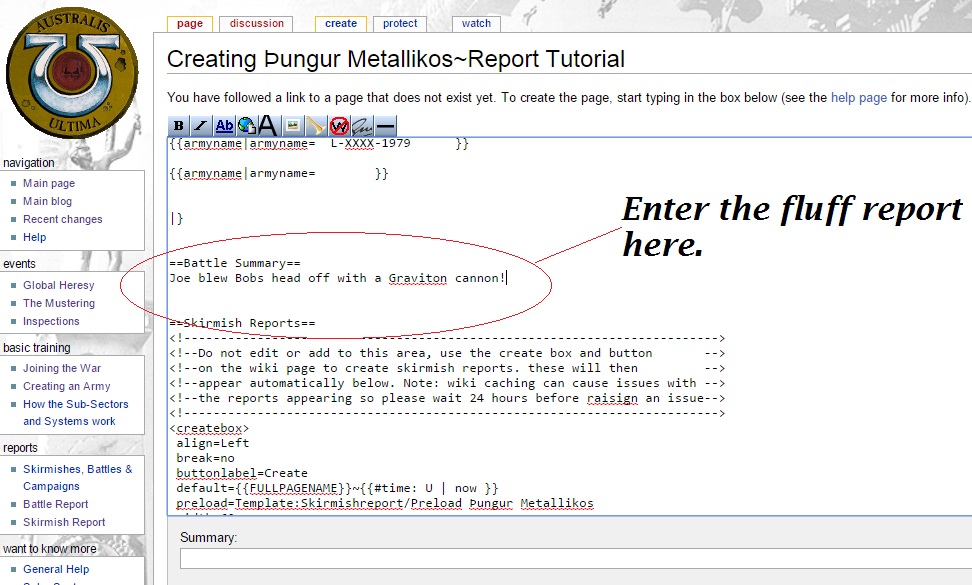 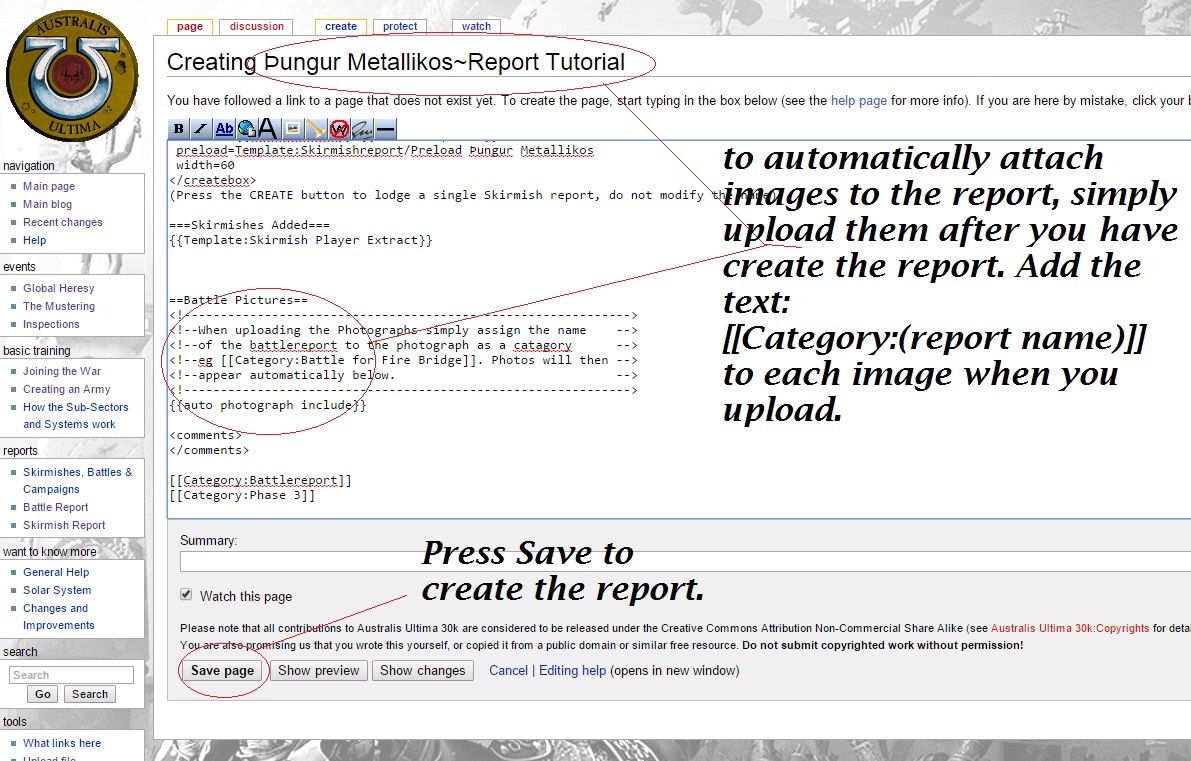