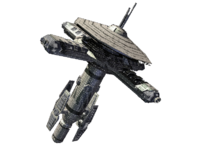 Idranos was the home of an ancient Mechanicum facility, featuring a powerful distress beacon. The Iron Hands of Captain Daniel Sharrayk knew that the forces of the Warmaster would come, and prepared accordingly; multiple bastions, aegis defence lines and tanks were set up in a desperate attempt to keep the beacon going for as long as possible

A force of Sons of Horus under the command of Captain Apophis Kantarah of the 29th Company launched a spear tip right at the heart of the Iron Hands, diverging from the main war on Cambrius in order to take out this vital component of the Loyalist war effort. Before the sun had risen, the ground shook as Dreadclaw Assault Pods roared into place, as a pair of metallic green Storm Eagles swooped in on the left flank of the Iron Hands. The Heavy Support squads died early on, but the Iron Hands stood firm.

In the centre of the battlefield, the main traitor offensive hit home. A Spartan Assault Tank, clad in skulls and fell runes, slammed its cargo of Astartes home into the waiting Gorgon Terminators. It was here that the fate of the battle would be decided.

On the right flank, the Iron Hands experienced much more success. An attempt by Sons of Horus Javelin Speeders to swing around behind the defence lines was stopped by the disciplined fire of a Veteran Squad. They then annihilated a Reaver Squad, their bolter and plasma fire killing the traitor marines before they could make it into their preferred mode of combat: melee.

As the Storm Eagles ran amok, Daniel Sharrayk of the tenth legion fought against his opposite number, Apophis Kantarah. Both sides were devastated, and it was only the strength of their leaders that kept them in the fight. Just seconds before the Sons of Horus would have had to retreat, Apophis Kantarah demonstrated his considerable blade skill by decapitating the valient Daniel Sharrayk. As the Iron Hands fell back in horror, the triumphant roar went up from the throats of the Sons of Horus. Despite their losses, the facility was theirs and the beacon would be stopped. The fate of the Iron Hands 115th company on Cambrius was now looking very grim indeed.