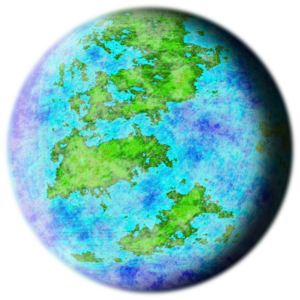 The Traitors Lord Commander, Kyros V'Ren, of the Imperial Order has been captured by the Loyalist forces during an engagement on the flooded Knight World of Cipaar. The Traitors intelligence cadre has discovered the location of the facility he is being held in but only have a limited window in which to execute a rescue operation. It is vital that the Lord Commander is extracted as quickly as possible as it is highly likely that the Traitor command will interrogate and latter execute him.

5 out of 5 Victory Points

The Lord Commander is rescued and re-joins the Traitors forces and can be used in I-ARMY-6419.

The Lord Commander is executed and removed from the army roster of I-ARMY-6419.

Kyros V’Ren’s eyes suddenly burst open from his meditation as he heard a firefight erupted from outside his cell. He had been trapped in the Imperial Fist holding facility for a few days, and this might finally mean his escape. Abruptly, the door was blown off its hinges as a loyalist Astartes went flying through it. The Imperial Fist Space Marine landed at the foot of where Kyros was restrained, where the Astarte grabbed his cracked Mark II Helmet with his one remaining arm and tossed it aside, and attempted to stand up. As the Marine struggled to stand, a squad of Storm Warriors marched in, lead by Commander Appo.

“Traitorous scum!” the Fist spat at his entering enemies, drawing his holstered bolt pistol with his only remaining arm, his scarred face contorted.

“Fire at will.” Appo calmly stated, and twenty Storm Warriors opened fire with Lasrifles, Volkite Chargers and Flamers, utterly obliterating the loyalist Space Marine. Appo then made a hand motion to two of his adjacent men, and they ran up to their restrained lord. One of the Storm Warriors drew a Lascutter and started cutting the chains that were restraining V’Ren, and the other unclipped his backpack and starting searching through it for something. As the final chain was sliced off, Kyros fell to the floor, where the Commander grabbed his lord’s arm and pulled him up.

“My thanks for your rescue, Commander.” Kyros stated, rubbing at his marked wrists.

“No thanks is required sir, it was just my duty. The Fleet Admiral managed to convince some of our Astartes allies to aid in your retrieval, in exchange for helping with the retrieval of the Word Bearer’s Primarch, Lorgar, who we have also rescued.” Appo informed his superior. While this was happening, the Storm Warrior had found what he was looking for in his backpack and handed Kyros the hilt of his unlit light blade. Kyros courteously nodded at the trooper, who saluted, before heading back to join his squad mates.

“Thank you for the report, Commander. Now, we must leave, I believe we have a system that needs to submit to the will of the Warmaster.” Kyros said, and Appo nodded in agreement, and motioned to his men to move out.