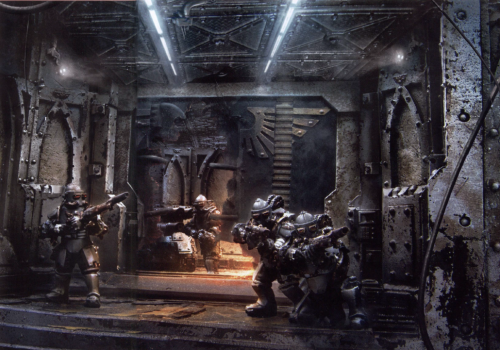 Loyalist: 0 out of 5 Victory Points

Traitor: 5 out of 5 Victory Points

Spearheaded by an allied Night Lords and Alpha Legion assault the Traitors strike teams decimated the unprepared Loyalist exploration forces, punching through their lines and deep into the destroyed facility before any significant resistance could be mounted. By the time the forces of the Emperor could be brought to bare the enemy was gone, along with treasures that may have been left in the remains of the facility.