A senior officer of the Salamanders Legion from detachment L-XVIII-1182 has been captured by the Traitors forces during an engagement on the Fortress World of Dur-Kazit. The Loyalist intelligence cadre has discovered the location of the facility he is being held in but only have a limited window in which to execute a rescue operation. It is vital that the Praetor is extracted as quickly as possible as it is highly likely that the Traitors command will interrogate and latter execute him.

5 out of 5 Victory Points

A Rescue Operation to recover a captured Salamanders Praetor

After no less than eight separate sorties onto the Traitor held world Dur-Kazit, the Loyalist forces managed to locate, secure and extract the captured L-XVIII-1182 Praetor. The Traitors fought hard to retain their captive but in the end the XVIIIth were the ones to finally break their commander free and bring him back to friendly lines. 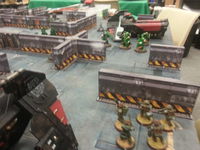 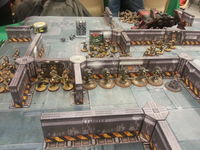 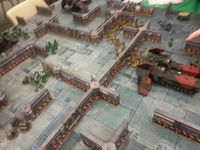 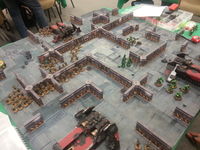