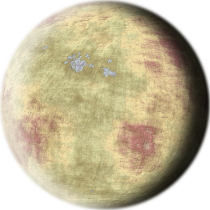 The planet of Kych now poses a significant threat to the continued operations in the System. In attempt to disrupt the enemies hold on this world, the Traitors command are planning a large scale invasion of key territories during the next phase of the campaign. To enable this offensive to go ahead it is essential that the planets Knight Houses are thrown into disarray to prevent them from assisting the Loyalist defenders. Covert strikes against key Lords to attempt assassinations and vital stockpiles to prevent Knight deployments will be required.

3 out of 3 Victory Points

Kych’s Planetary bonuses are suspended for the next Act (4)

A sabotage operation against the Knight Houses of Kych.

With the planet already in disarray after continued assault form the Traitors forces, it was not a large task to slip a number of strike teams onto the surface and infiltrate the enemy lines. Within weeks a number of key installations were lying in ruins and high ranking Nobles from the Knights Houses in their graves. Without the promised protection of the Loyalists forces the Knights of Kych have decided to temporarily withdraw their support of the Loyalists Garrisons and protect their own until the Imperials can reassure them of their control over the planet, and their safety.