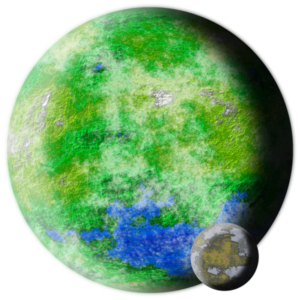 Traitor intel has determined that there are splinter cells of loyalist Astartes still operating on the moon above Laigach, sowing discord among the population and seeking to break the Traitor’s hold on the Governor’s Palace. Traitor high command has issued seek and destroy orders for the leaders of these cells, and authorised the use of hunter killer cadres. If successful the traitors will have an iron grip on the moon, however if the loyalist resistance is successful they could destabilise the traitor’s push into the system.

The Traitors territories on the moon are reduced by 1 Garrison point.

Left unchallenged the Loyalist insurgency on the Larza, the moon above Laigach, steadily increased its ferocity until a number of coordinated assaults backed by sympathetic locals were launched simultaneously around the moon. These attacks caused significant damage to the Traitors control over the military complexes and a large number of troops were killed in the ensuing skirmishes, slowly bleeding the forces dry.