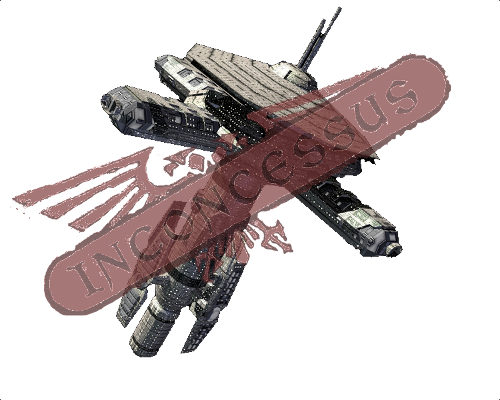 The Mass Conveyor Demetar, although mighty, was never meant for speed. A relic from the dark age of technology, it had plowed the sea of stars for thousands of years already before it came into the service of the Master of Mankind. Its cavern like holds could hold the equipment to outfit whole regiments of Army units, with enough food to keep those troops fed for years.Usually kept far from the frontlines of the great crusade, the Demeter’s route took it through systems long ago made compliant, and when called upon, its vast stores fed entire systems. It was nothing more than bad timing that saw the Mass Conveyor Demetar emerge from warpspace at the edge of the Chrondor system a mere day before the Traitors attacked. During the early engagements between loyalist and traitor forces it quickly became a target for both sides. Heavy fighting occurred on the ship, with the human crews providing no resistance to the astartes. The marines had been bred for this purpose, and the corridors echoed with the sound of chainblades and bolt shells.But for all the bloodshed, neither side could secure enough of the ships many vital areas to take control of the venerable vessel. Pockets of loyalists or traitors formed around these systems, setting up hastily constructed defences, while forming plans to attack enemy held positions and win over control of the ship. All the while, the Mass Conveyor Demetar was moving slowly but inexorably further in system. 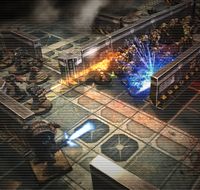 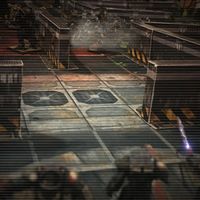 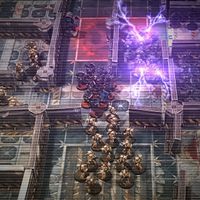 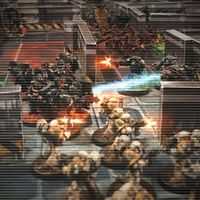 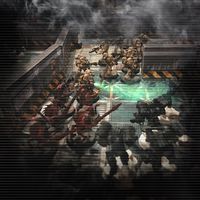