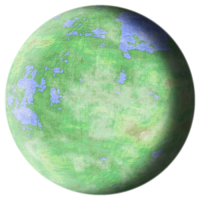 Being the seat of the Imperial presence in the System and the governing force of the entire Sub-Sector, Westarnes should have been a bastion of strength and the central core of any defensive action should the System be invaded. However the Governor had chosen to eschew that mentality and instead invested into the planets beauty and political influence, relying, instead, on the military strength of the collared Knight House Horne on Raynes. Normally this would have been sufficient, any Xenos threat would present a common enemy and the Knights would be only too willing to defend their home against such an invasion; in a civil war where the Knights were presented with an opportunity to retaliate against the Imperium which dishonored them, this plan was not so prudent.

Lacking the sheer numbers of military forces on the ground, the garrisoned armies on Westarnes were forced to immediately withdraw to the fortified hives of the planet, ceding the gardens and forests to the invading Traitor forces, allowing them to land additional battalions unhindered. While mighty walls protected the cities, the forces levelled against them was unstoppable, coupled with multiple instances of infiltration and betrayal within the walls themselves, the fighting soon spilled into the cities proper with shells leveling blocks by the second and civilian casualties common place.

In the primary hive of the Governor a number of commando forces struck deep into the city, seizing control of the vital power control systems and deactivating most of the defensive void shields. Strangely though the power was redirected to civilian protection shelters, powering up much needed medical facilities and their own protective barriers, temporarily halting the mass slaughter of the population within. Before the first day had concluded the Governor, under advise from the Astartes Loyalist command, ordered a complete evacuation of all Imperial governing staff from the planet, transferring administrative command to the Loyalist fleet where he took up 'residence'.

Without the need to protect the bulk of the governors staff and their buildings, the Loyalist defenders were free to wage a counter assault against the attackers in attempt to dislodge them from the primary hive and the surrounding territory. With initial successes the planetary commander ignored warning to consolidate and, believing himself to have the upper hand, pushed outwards into the forests near the city.... directly into a large scale Traitor ambush.

In concert with a mass orbital landing the Traitors flanked the bulk of the sallying Loyalists and struck hard at the depleted garrison within the city, retaking it in hours and this time sealing it off from the Loyalists. During the retaking nearly every major Power facility was destroyed through stray fire or intentional sabotage, deactivating the defensive grids which had protected the majority of the civilians, leaving them vulnerable once more. Detecting the change, a large number of Night Lord aerial forces broke off from an assault on the space port and, leaving their allies, commenced attack runs against the civilian targets. The slaughter which took place in the civilian shelters was only matched by that which took place outside the city walls as the Loyalists were cut down mercilessly leaving a large portion of Westeranes in Traitor control.