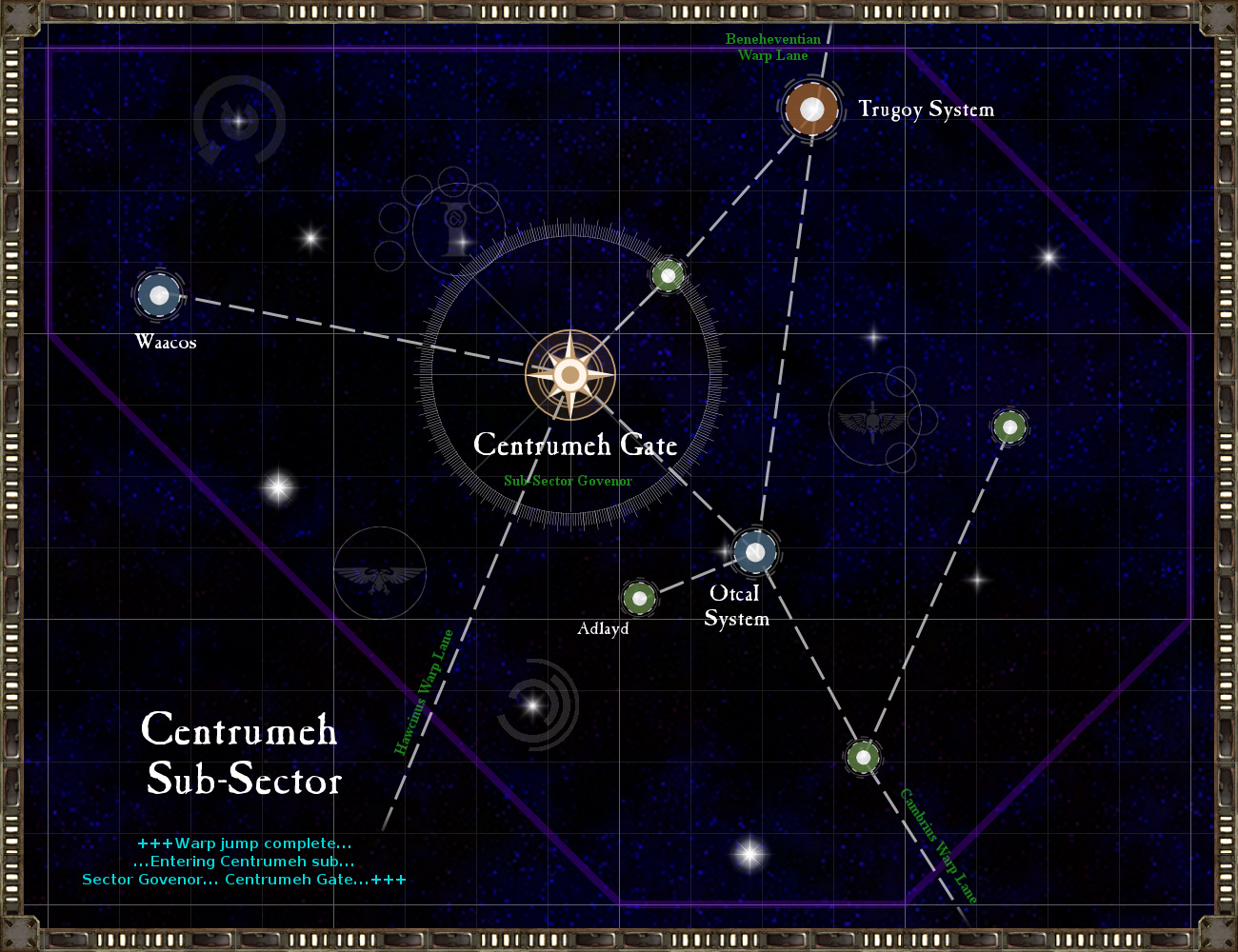 The Centrumeh Sub-Sector has grown into a militarily strategic location; being a gateway from the rimward frontier Sub-Sectors to the more developed and 'civilised' coreward Sub-sectors. This location and its importance has created the catalyst for a number of large scale conflicts between the Loyalist and Traitor forces even though it is far from the front lines of the civil war. Trugoy has seen the successful rallying of large bastion of Loyalist forces, repelling an invasion by the Warmasters fleets, while the Oteal System is currently subject to an intense campaign by both forces to suppress an insurrection by a rogue Mechanicum force.

Aware of the importance of the capital system, the governor of Centrumeh Gate (and the entire Sub-Sector) is suspected to have influenced the lords of Raynes into declaring the recent Hastilude in an attempt to protect themselves from potential invasion while they recall and gather their own forces.

this has done little to quell the fires of war in surrounding systems however, as Waacos is now showing signs of descending into chaos as well.