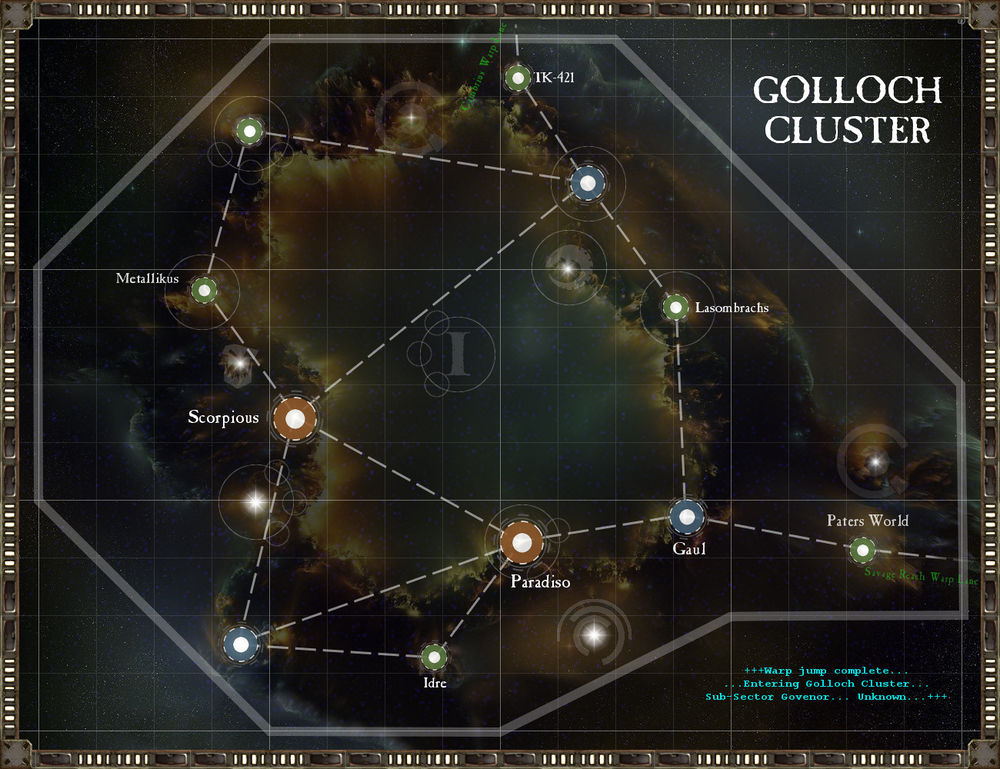 The Golloch Cluster is a nebulous region of space containing thousands of stars, and hundreds of habitable worlds. Including over fifty primary level Imperial worlds of post industrial advancement. It was conquered during a twenty year campaign which drove out Orks and several other now extinct or extirpated xenos races. Almost simultaneously with the news of Horus' betrayal at Istvaan a large group of worlds swore to the Warmaster and a huge war erupted in the cluster. Now both Loyalist and Traitors alike have poured into the system to help sway the conflict for their masters.