Stopping for a routine re-supply at Dogon Station, enroute to our garrison posting in the Iron Perimeter, our small away had an encounter with a group of mysterious black-clad Astartes. They opened fire first, and we were left with no choice but to respond in force. The casualties were high, but Contemptor Brother Calitasian survived unscathed and returned to the ship to report. He was unable to fully identify the aggressors, but said that while their outward livery suggested that they belonged to the Ravenguard, much about them was "wrong", including the presence of unusual power-daggers carried by some of the officers. 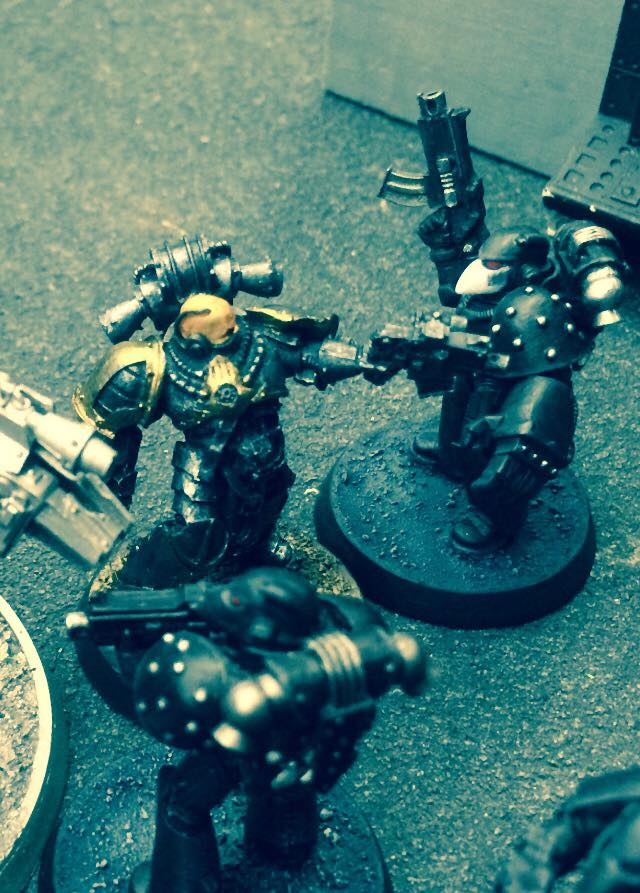