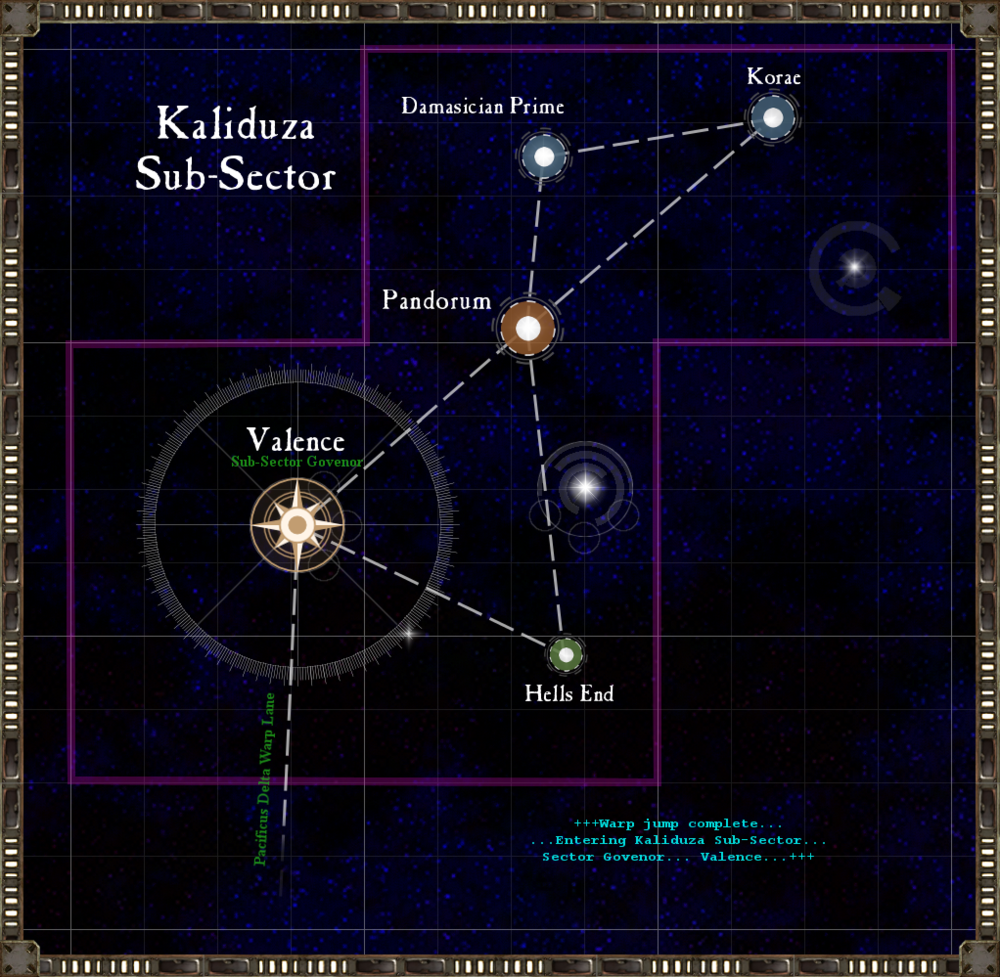 A very remote and isolated Sub-Sector first discovered by the Rogue Trader Houe Jerhicho in the early stages of the Great Crusade. While the Rogue Trader searched for a number of years, it appears that there is only a single stable Warp Lane into the area with other paths more dangerous then usual. Seeing great potential in the small cluster of Systems Jerhicho established himself on the gateway System of Valence and effectively claimed the area as his own. Some say that he even began leading the piratical activity which began tormenting the Palikuur System shortly after the creation of the Sub-Sector.

With such a defensive position and a difficult to locate warp lane, the area went largely undiscovered by the Imperium and the survey ships, by the time it was discovered, Jerhicho had established a considerable defense network and shortly afterwards the Heresy prevented any large scale compliance fleet from seizing control of the systems.