Whilst joined in battle often by the Primarch Vulkan, Praetor Ignatius Fintan leads his warriors into battle, specialising in close combat with his thunder hammer and Dragonscale pattern storm shield.

Fintan's own command squad is never far away, a unit of Firedrakes, led by SGT Epemetheus.

Fintan favours flame and melta support and is joined in battle by SGT Nuriel Idris and his Pyrclasts. These are often aided by Chaplain Uriel Tu'don, at the front line of the force, providing an example for all others as to the Salamanders way of war.

The Contemptor Dreadnought Brother Tsu'resh is most often found stalking the rear battle lines with his dual twin-linked autocannons, wary of flyers or outflanking foes.

With the Iron Hands securing the Loyalist landing zone in vicinity of the Central Plaza, reports indicated the Traitor forces were centralizing their own units in the Administratum District. Vulkan, Primarch of the Salamanders took it upon himself to launch a counter assault onto the Word Bearers forces securing the area.

With the Administatum District well scouted and the Word Bearers utilizing the main Administratum building as the centre of their operations Vulkan separated his forces, utilizing a tactical squad on each flank in order to surround the enemy forces whilst positioning himself centrally with the anvil of his force, his trusted Firedrakes and Legion Champion in Vulkans own personal Spartan Assault tank, with support from his heavy support units in both armour and troops. The key would be to get to the homing beacon located in the courtyard of the District and which the Word Bearers were utilizing to bring in their reinforcements from their fleet in orbit.

Vulkan caught the Word Bearers off guard with both Predator tank and Heavy Weapons Squad unloading everything into the Mhara Gal Tainted Dreadnaught patrolling the courtyard. It was immediately immobilized before being able to react, with a missile from the Heavy weapons team destroying the tainted creatures right leg, just below the knee. It spat some foul daemonic chant before attempting to shoot at the heavily armed Spartan heading straight for it. With tactical squad I moving flat out in order to intercept the homing beacon and tactical squad II on the left flank attempting to move behind the Word bearers position and sneak up on the idling Word Bearer Phobos, it seemed nothing could stop Vulkan plan.

However, he did not count on Zardu Layak, The Crimson Apostle, overseeing the landings himself. Zardu, channeling a daemonic creature of Slaanesh, foresaw the tactical squad attempting to move in behind the Land Raider he was in prayer within and moved himself into a position to destroy the squad. Word Bearer reinforcements continued to arrive and a unit of Ashen Circle and Gal Vorbak Dark Brethren landed in the courtyard from orbit, surrounding the Spartan tank bearing down on them. Tactical Squad II, noting they were in a precarious position, attempted to draw the Word Bearer leader away from the main battlefield, in order to give Vulkan more time to disarm the homing beacon. This was to no avail as Zardu channeled the dark spirits, causing a web portal to open in the path of the tactical squads Rhino transport, and through it a daemonette squad appeared as if from no where. Tactical squad II stood their ground and threw everything at both Zardu, who had by now disembarked his transport, and the daemonette squad but it was to no avail as they were cut down to the man. Not before they reduced the daemon squad to only a few in number.

This did however, provide Vulkan enough time to deal with the threats in the courtyard. He ordered his Firedrakes and Champion to deal with the newly arrived Ashen Circle whilst he personally dealt with what was left of the Mhara Gal. This was once again a well layed trap as no sooner had Vulkan struck down the Mhara Gal, but another materialized as if from nowhere and used its Curs'd boltsplitter to blind Vulkan, leaving him susceptible to attack as the Gal Vorbak assaulted the Primarch. In combat with both Gal Vorbak and the Mhara Gal saw Vulkan take many wounds that would have killed a mere mortal ten times over. But the Primarch fought on destroyed all foes that sought to take his life.

Vulkan's own Firedrakes were easily the match for the Ashen Circle who were destroyed under Thunder Hammer. Eager to seek revenge for the fallen tactical squad and with Vulkan well and truly engaged in combat, the Firedrakes and Champion took it upon themselves to reap bloody vengeance. They assaulted Zardu before he had a chance to react and under the weight of Thunder Hammers, the Word Bearer leader was destroyed.

This allowed Tactical Squad I the time to disable the homing beacon and the Word Bearer reinforcements were halted. Vulkan ordered his force to track down and destroy the remaining Word Bearer forces in the area as he secured the area himself. 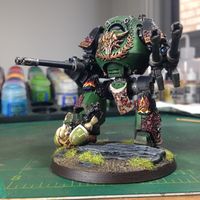 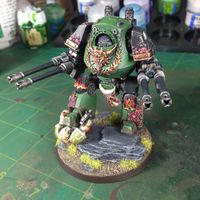 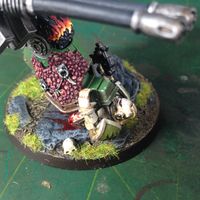 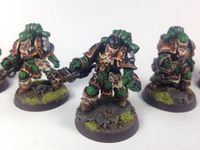 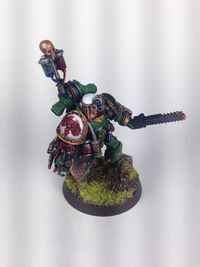 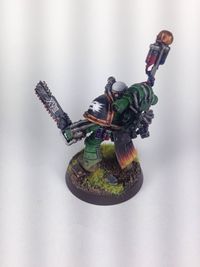 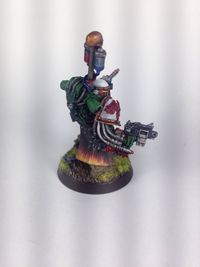 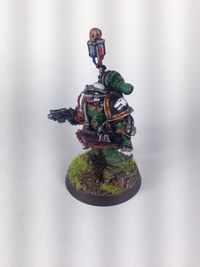 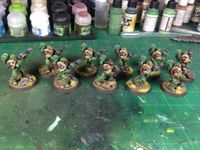 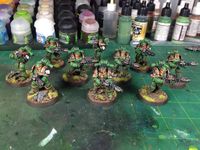