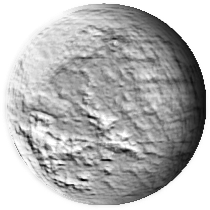 The Death Guard host gathered outside of the cell. Zeruel Gendor expected a rescue attempt, the devastated legions still loyal to the Emperor needed all the leadership they can muster. His comrades would come for him, falling into the trap Gendor had set. The roaring of motorized vehicles cut off Gendor musings.

The black paint scheme of the 19th Legion camouflaged their armor as two rhinos and a land raider approached the reinforced cell block. Despite the preparedness of the 14th, the darkness prevented the mustered force, two heavy chem teams, two tactical squads, and Praetor Gendor with his honor guard, from being proactive in the assault. The rhinos pulled up to the west door, blockading the alley to the mustered Death Guard. A melta team disembarks from the first rhino, slicing through the bulkhead door with concentrated beams. Several Grave Wardens emerge from the smoldering doorway firing toxin launchers to saturate the entrance. Delegatus Corelan of the Raven Guard disembarks with the Mor Deythan to engage in a fierce fire fight with the Wardens, meanwhile the steady advance of Contemptor Pattern dreadnoughts shakes the battlefield with increasing intensity. As more and more Grave Wardens begin to take shape in the cell, one of the Raven Guard rhinos attempts to block the entrance. The Wardens dissect the vehicle causing an explosion that fells several of the 19th’s combatants.

The explosion is heard by Praetor Gendor but lascannon fire begins to stream into the south walls of the cell. He instructs a heavy chem team to investigate but they are immediately set upon by Raven Guard terminators. Praetor Gendor gives the order for a massed charge to repel these new enemies.

Back on the western side, Raven Guard Contemptor Garthyx charges into a squad of Grave Wardens, flinging gore and machinery around in a cyclonic frenzy. More Wardens surge past the melee, in an inexorable tide of armor and toxic gasses. Delegatus Corelan and the Mor Deythan are surrounded and brought down under the endless power fist blows, a pile of bloody meat, the only evidence of their existence. Amidst their exaltations, the Grave Wardens are assaulted by hidden Tartarus Pattern Terminators and a second Contemptor. The momentum from the second wave exterminated the remaining Grave Wardens, allowing the Raven Guard terminator squad to occupy the cell and release Sarbes Noxus! Successful melta bomb detonation breaches the southern door to the cell where the bloodied heavy chem squads and Praetor Gendor flood in!

The phrase is immediately cut off by the spew of chemical streams coming from the Death Guard muzzles. Noxus and the terminators continue to back towards the western door, preparing for the assault to come. A tide of ceramite rushes in toward the terminators, filling the small cell corridor with the screech of bending metals. Praetor Gendor bellows a challenge to the beleaguered and recovering Noxus,

“Die by my hand like the dog you are!”

As Sarbes Noxus begins to cut and slice his way towards Praetor Gendor, terminator Sergeant Cadon wades forth to duel the Death Guard Praetor. In a series of quick strikes, the Praetor’s paragon blade severs Cadon’s throat and fells another terminator. The remaining six quickly surround the Praetor, whose challenge had drawn him away from his men, grasping for him with power fists and axes. Praetor Gendor caught a power axe in the shoulder, staggering him. Before he could recover, a power fist blow to the cranium collapsed his skull. Sarbes Noxus and the terminators made hasty retreat from the cell following the melee, a victory for the loyalists as the P.O.W. camp was all but dismantled. 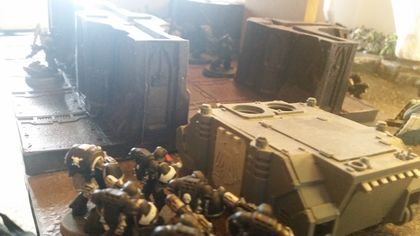