Massacre in the Pit 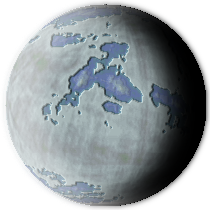 The orbital assault came in inexorable and measured steps, the Caestus Rams and Thunderhawks of the Death Guard descending amid the meteoric fires of the falling ships that had perished in Lincon Majoris defence. This first wave selected its targets and deployed its strike forces to ruthlessly destroy them; communications towers, defence batteries, auspex arrays and bastions – all were systematically neutralized to pave the way for the next wave. Unhurried, like the reaper setting out upon a field of wheat, came the heavy assault landers and Stormbirds, dropping down into the centres of the great acidic salt-fens formed from the corroded gantries and phosphor-lit domes that have spread over the planet’s surface. Whole districts of habitation blocks were crushed beneath the landers and panic gripped the cities even before the dull-armoured forms of the Legionaries marched out in horrifically rhythmic unison, the sound of the ceramite-shod footfalls of thirty thousand Space Marines echoing like a hammer beating out the world’s doom. With them roared the thunder of mighty engines as squadrons of Predator and Typhon tanks poured forth from the gaping maws of the assault ships and simply tore a path through the habitation blocks, sending up great black clouds of chocking dust as the roughly built prefabricated buildings closed like rotten petals around them. The Raven Guard garrison stationed to defend this part of Lincon Majoris rallied their legionnaires and took up defensive positions across the sector, infiltrating deep towards the Death Guard landing site. The defenders being outnumbered thirty to one in places, but it did not matter to the sons of Corax which specialised in hit and run tactics and insurgency warfare. Their bolters and talons reaping a large toll from the invaders before melting back into the shadows of the smoldering ruin landscape. However one by one the Raven Guards strong points and strike forces where silenced, as Mortarion’s Legion, patient and inexorable, dealt death at every turn. Loyalists were torn apart by bolter shells, buildings undermined with cannon and chem-fire or simply torn down by the hulking clawed hands of the Legion’s Dreadnoughts. Faced with such terrible and controlled power, the Raven Guard had to withdraw, and in pursuit of the Raven Guard, the Death Guard made no distinction between combatant and civilian. As the traitor force spread out, heavy flamer teams blanketed the workers slums with buring chem-munition flames and rad grenades, while the horror of burning phosphex was unleashed into breached bunkers and poured through deep cellars sought as final, desperate refuges as the invasion became a massacre.

The game that was played was 1800p a side Death Guard vs Raven Guards. Play testing a new mission for the Lincon Heresy set on a City Fight table. The Game was very even but ended up with a Traitor Victory (7vp scored by the Traitors vs 6vp scored by the Loyalist).

Once I have tweaked the last bits I will put up a link for the mission.