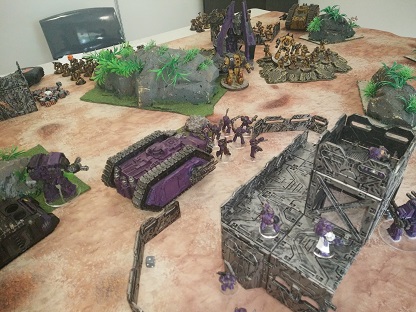 After their first encounter with Imperial Fist the Emperors Children could no long sneak into the system for supplies. With their cover blown on their departure out of the system to meet up with the rest of the company they decided to attack a Imperial Fist base on Iaethea. 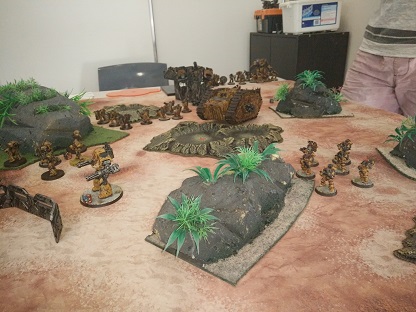 With the goal of obtaining intel for what was sure to be an ongoing battle a maelstrom mission resulted in both legions trying to secure their objectives. Being aware of their presence in the region the Imperial Fist fired first and were able to wipe out most a unit of Kakophani before their had even aimed their gun. The Emperors Children replied with a Leviathan dropping in and taking out a thud gun and a couple of Lascannon Heavy Support Marines.

Most of the assaulting was done by Dreadnaughts and Terminators. In the end a single Mortis and 2 terminators was out the battle with the Imperial Fist having the better run of the assaults on the front line. 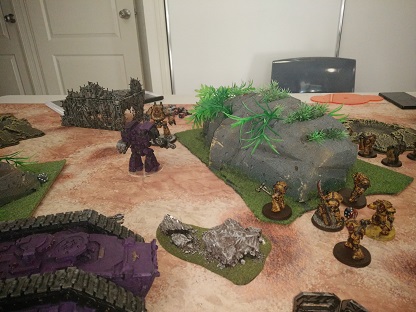 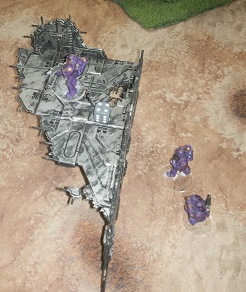