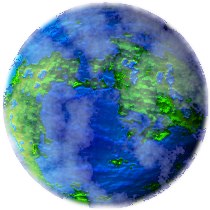 As both forces navies engaged in orbit and further out in the system, multiple landing attempts were made, many of which were destroyed before entering the atmosphere but a small number of each faction managed to break through and streak their way towards the planets primary city, Ludcep, and the seat of the Imperial Governor. The Loyalist concentrated their landing efforts at the cities Central Plaza attempting to utilise the vast open areas deep within the city to maximise their presence while the Traitors went directly for the Administratum Hub in an attempt to seize the remaining Imperial control mechanisms.

Almost immediately the counter attacks came from both sides; an Alpha Legion infiltration force punched through the perimeter defenses of the Loyalists Landing Zone in the Central Plaza engaging the garrisoned Iron Hands force who had already established a solid inner defensive ring for just such an occurrence. While the Loyalists had anticipated such an attack they had not reckoned on such an early and surgically delivered one, however the men of the Xth held firm and managed repel the invaders, although significant damage was sustained.

The Loyalists own counter assault into the Administratum District was spearheaded elements of the XVIIIth who delivered a devastating hammer blow to the defending forces largely made up Word Bearer troops. Even with the orbital landing still underway the corrupted XVth had already started their tainted rituals and vile denizens of the warp were called upon to help defend their foot hold on the planet, unperturbed by the dark allies the Salamanders forces swept them away and secured themselves deep within the enemy 'safe' zone.

Further to the west, the first incursions into the city proper were launched by the eager Traitors sending a large Sons of Horus detachments into the Hab District in an attempt to secure the primary concentration of the civilian population, the only force available to try and prevent such a move was a Mechanicum contingent establishing forward comms and augury sensors. Re-tasked to help defend the civilians the Loyalist forces were too late to prevent the Traitors from digging themselves into a bottleneck neighborhood and after taking significant loses conceded the initial skirmish to the XVIth.

Following sound tactical advice from Loyalist Command a secondary landing zone was sought at the planets Civilian Airfield on the outskirts of Ludcep, the task fell to the IXth to secure the area however before an effective defensive line could be established they were ambushed by multiple units bearing no identification but suspected to be Alpha Legion. Caught off guard and quickly surrounded the Blood Angels forces struggled to regroup before being forced to withdraw form the immediate area and await reinforcements.

The last two significant engagements occurred outside of the city confines and deep into the plains surrounding the urbanised mass. The Traitors scouting forces, comprised of defected elements of the Xth and units of the XIVth moved to try and establish a large secured area surrounding the Xenos Ruins found at the time of Compliance. Unwilling to allow the scarcely investigated site to fall into their hands and risk artifacts of unknown power to be used against them the Loyalist dispatched a rapid strike force of Raven Guard supported by a slower moving Salamanders contingent. Heading straight for the Ruin site the XIXth struck hard into the unsuspecting Death Guard, gambling that the XVIIIth would reinforce them in short time, unfortunately the traitor Iron Hands had moved to intercept the strike and although had been unable to engage the swift moving Raven Guard, they did slam into the flank of the Salamanders effectively cutting the forces into separate skirmishes. While the Salamanders were overrun on the Plains, unable to recover from the solid strike, they were able to tie up the traitors long enough to ensure that their allies secured the Xenos site and forced the Death Guard to withdraw back to safer territories.

With the Iron Hands securing the Loyalist landing zone in vicinity of the Central Plaza, reports indicated the Traitor forces were centralizing their own units in the Administratum District. Vulkan, Primarch of the Salamanders took it upon himself to launch a counter assault onto the Word Bearers forces securing the area.

With the Administatum District well scouted and the Word Bearers utilizing the main Administratum building as the centre of their operations Vulkan separated his forces, utilizing a tactical squad on each flank in order to surround the enemy forces whilst positioning himself centrally with the anvil of his force, his trusted Firedrakes and Legion Champion in Vulkans own personal Spartan Assault tank, with support from his heavy support units in both armour and troops. The key would be to get to the homing beacon located in the courtyard of the District and which the Word Bearers were utilizing to bring in their reinforcements from their fleet in orbit.

Vulkan caught the Word Bearers off guard with both Predator tank and Heavy Weapons Squad unloading everything into the Mhara Gal Tainted Dreadnaught patrolling the courtyard. It was immediately immobilized before being able to react, with a missile from the Heavy weapons team destroying the tainted creatures right leg, just below the knee. It spat some foul daemonic chant before attempting to shoot at the heavily armed Spartan heading straight for it. With tactical squad I moving flat out in order to intercept the homing beacon and tactical squad II on the left flank attempting to move behind the Word bearers position and sneak up on the idling Word Bearer Phobos, it seemed nothing could stop Vulkan plan.

However, he did not count on Zardu Layak, The Crimson Apostle, overseeing the landings himself. Zardu, channeling a daemonic creature of Slaanesh, foresaw the tactical squad attempting to move in behind the Land Raider he was in prayer within and moved himself into a position to destroy the squad. Word Bearer reinforcements continued to arrive and a unit of Ashen Circle and Gal Vorbak Dark Brethren landed in the courtyard from orbit, surrounding the Spartan tank bearing down on them. Tactical Squad II, noting they were in a precarious position, attempted to draw the Word Bearer leader away from the main battlefield, in order to give Vulkan more time to disarm the homing beacon. This was to no avail as Zardu channeled the dark spirits, causing a web portal to open in the path of the tactical squads Rhino transport, and through it a daemonette squad appeared as if from no where. Tactical squad II stood their ground and threw everything at both Zardu, who had by now disembarked his transport, and the daemonette squad but it was to no avail as they were cut down to the man. Not before they reduced the daemon squad to only a few in number.

This did however, provide Vulkan enough time to deal with the threats in the courtyard. He ordered his Firedrakes and Champion to deal with the newly arrived Ashen Circle whilst he personally dealt with what was left of the Mhara Gal. This was once again a well layed trap as no sooner had Vulkan struck down the Mhara Gal, but another materialized as if from nowhere and used its Curs'd boltsplitter to blind Vulkan, leaving him susceptible to attack as the Gal Vorbak assaulted the Primarch. In combat with both Gal Vorbak and the Mhara Gal saw Vulkan take many wounds that would have killed a mere mortal ten times over. But the Primarch fought on destroyed all foes that sought to take his life.

Vulkan's own Firedrakes were no match for the Ashen Circle who were destroyed under Thunder Hammer. Eager to seek revenge for the fallen tactical squad and with Vulkan well and truly engaged in combat, the Firedrakes and Champion took it upon themselves to reap bloody vengeance. They assaulted Zardu before he had a chance to react and under the weight of Thunder Hammers, the Word Bearer leader was destroyed.

This allowed Tactical Squad I the time to disable the homing beacon and the Word Bearer reinforcements were halted. Vulkan ordered his force to track down and destroy the remaining Word Bearer forces in the area as he secured the area himself.