House Vanagandyr – Watchers of the River

Vanblakkrulf (The River of the Black Wolf) – Holy site, Lair of Fenrir and temple of House Vanagandyr.

Hailing from the planet Vaan, House Vanagandyr was reformed following the expulsion of Dark Eldar forces that were plauging the planet at the beginning of the Age of Reclamation.

Upon freeing Fenrir, Alpha and Liege of House Vanagandyr did Ferrus Manus gain the houses trust and fealty.

The household is currently undergoing a reformation, as the previous Knight Scions had all died out previously centuries ago, it was by aetheric/unworldly forces that the ghosts of these warriors engaged their knights one last time to wreak revenge upon the Dark Eldar who had imprisoned them.

After their vengeance was sated, the war machines returned to Vanblakkrulf to await the new aspirants selected after the Frystaenda (the beginning of the end, the final battle with the Dark Eldar invaders).

In the years since Frystaenda, many aspirants have come from the Planets Clanholds seeking to join the household and bring glory to their families.

Due to the nature of the reformation, the original wolf engines still carry with them the echoes of their former riders, they still carry with them their names from centuries past, so it is with every new 'Rider' selected to become one with the wolf engine that they must amalgamate both the wolf and their own personalities into one to adaquately pair together and fight as a pack. 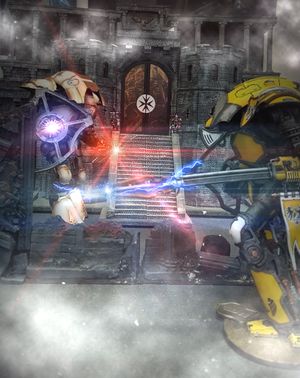 Skoll – Cerastus knight of the Sun

Hati – Cerastus knight of the Moon

Vitnir – Cerastus knight of war and fame, Champion of the Raynes Joust.

Hyrda – Warden Knight, Guardian of the entrance to Vanblakkrulf and Champion of the Raynes Duel event.

The ancient and noble Knight World of Raynes has declared its intent to host a Hastilude and has enacted the Treuga Nobiles upon the system of Centrumeh Gate until the closing of the 8th year of the 31st Millenium and the ending of the games. As such all conflict within the defined boundaries of Centrumeh Gate are now forbidden.

As word spread throughout the galaxyies, House Vanagandyr stirred, although still going through its rebuilding, many an aspirant was frenzied by the idea of representing their house at this most noble of knight events.

With the aim of seeking fame and glory for not only themselves, but for the Household, the aspirants split up, each one randomly thrown into one of the many events running at the Raynes Hastilude, whilst ponderously behind them came Hyrda, the oldest and only living knight from the original founding of the household.

Although all knights brought both fame and fortune to their household, most notable amongst the house was Vitnir a lancer pattern knight, whom fought honourably and with great skill. Although he had suffered grievous defeat in the grand melee, he managed to pull himself together and produce some stellar results in the joust, according himself much honour and respect amongst his fellow knights, he is now a Champion of the Raynes Hastilude and took the crown for 1st place in the joust. 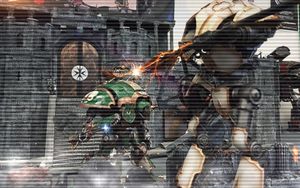 Another honourable mention goes to Hyrda, whom was the only knight with a prior class (being an Arbalest) and the only living member of the previous household. He was randomly selected for the dual, he proved to be nigh unstoppable, besting all whom dared face his wrath, he is a true inspiration for the others of House Vanagandyr and has proven that even the oldest knight is still deadly, using both fist and gatling cannon to devestating effect, much to the dismay of his foes.

Hyrda goes down as also a Champion of the Raynes Hastilude, winning the duel event in stellar fashion with an unbeaten record.

As the Raynes Hastilude draws to a close, House Vanagandyr has amassed a considerable fortune.. enough even to buy their own forge world should they so wish.. it is unsure at this point in time just what Fenrir shall decide.

Since the Raynes Hastilude’s conclusion, House Vanagandyr has used part of its newfound wealth to reinvigorate the Households Bastion Vanblakkrulf. During this time mass excavation work done on the ancient site has taken place uncovering previously lost sectors of the Households domain. One such sector was unconverted recently which contained the dormant form of a member of the Household long thought lost. Targus, the Old One’’ was found, his dormant spirit reactivating swiftly he has since provided much wealth of knowledge to the reformed ‘Clan’ as he calls it, his lust for marching upon the field of battle however is unparalleled and soon he will stride once more across the stars. 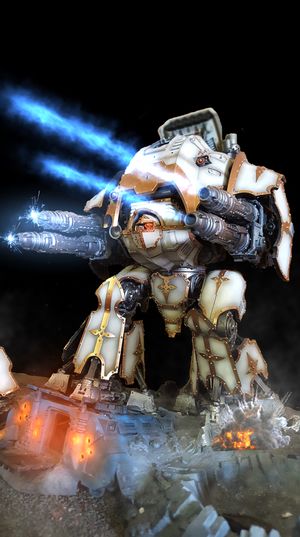 Targus - The Old One

Full History of the House