The Second Compliance of Corabie

With the arrival of the Imperial forces through the Warp Storm rimward, so to came the knowledge of the Warmasters Heresy and the civil war burning through the Imperium. Seeing the discovery and seizure of the Ark Ship Galahad as the primary focus both forces, Loyalist and Traitor, divert only a small force to the occupation of Corabie, confident that the Rogue Trader Governor can be swayed to their side.

Iterators, filling the role of diplomat, from both sides are sent ahead of the main forces to begin negotiations with Governor Castus Tharr eager to secure his substantial military forces and the gateway to the Helix Cluster. In utter confusion both representatives are rebuffed by the Rogue Trader who instead activates the planets defences and prepares to repel both invaders.

In an announcement broadcast to the entire planet, Castus Tharr declares that the Corabie System, and the greater Helix Cluster, was brought to Compliance through a Warrant of Trade under the House Tharr Dynasty. As such Castus Tharr is the rightful governor and Imperial representative of the Sub-Sector, neither Horus nor the Loyalists can claim to be the rightful Imperial force until such time as the civil war is resolved. At that time Tharr will comply with all Imperial directions, be them from Horus or the Emperor.

Unable to overthrow the Rogue Trader by direct force while a second threat is present, both Imperial forces secure their own footholds on the planet; the Traitors allying with the former royal family in hiding at Oraldis, the Loyalists appealing to the working class at Tertius and the Rogue Trader securing his hold on the newly built Castus Landing.

Beginning with orbital engagements and blockades the Tharr faction attempted to slow the inevitable landing of troops from the Imperial forces. It would only be a matter of time before the conflict moved planet side and into the wastes between the three major cities. 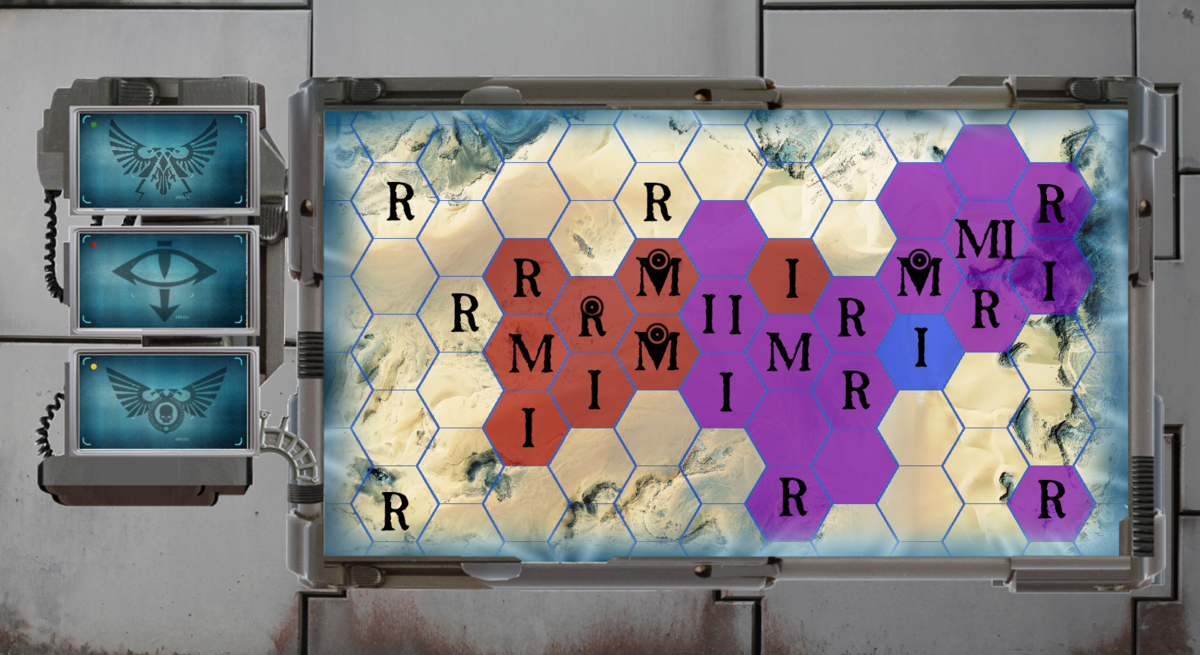