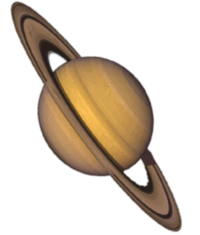 The Sidhe system is a relative backwater in the wider Imperium. Located in the southern section of Segmentum Tempestus, the Sidhe system was brought into Compliance by the 2849 Expeditionary Fleet containing elements of the XVIIIth Legio.

The Compliance action was straight forward with the planetary leadership accepting the authority of the Emperor and the inclusion of the system into the Imperium. The system was noted as having potential for future wider colonisation and development into agri-worlds and mineral harvest. The Mechanicum noted a wider than normal spread of iron-heavy deposits across the system whilst a nearby gas-planet provided a positive yield of gaseous resources.

As the Great Crusade moved on, a planetary militia was organised as it was deemed unnecessary for legion forces to garrison the area; even the Mechanicum only placed a minimum thrall and scyllax garrison on its gas harvest drones and the processing planet of Finias. Over time, the system was one of the many that faded into obscurity as long as its tithes were paid.

However, three years into the Heresy, loyalist forces cut off from the rest of the Imperium by the Ruinstorm and enemy fleets moved into the sector pursued by vengeful traitor vessels. The Governing body of the Sidhe system, confused by reports of fighting amongst the legions and other Imperial forces; frightened by the loss of the Astronomicon and the lack of communication from Terra and other Imperial planets made contact to both sides in an attempt to identify what was happening.

The message from both Imperial and Traitor forces alike was the same: Comply to our authority or die.

The battle for the Sidhe system was underway.