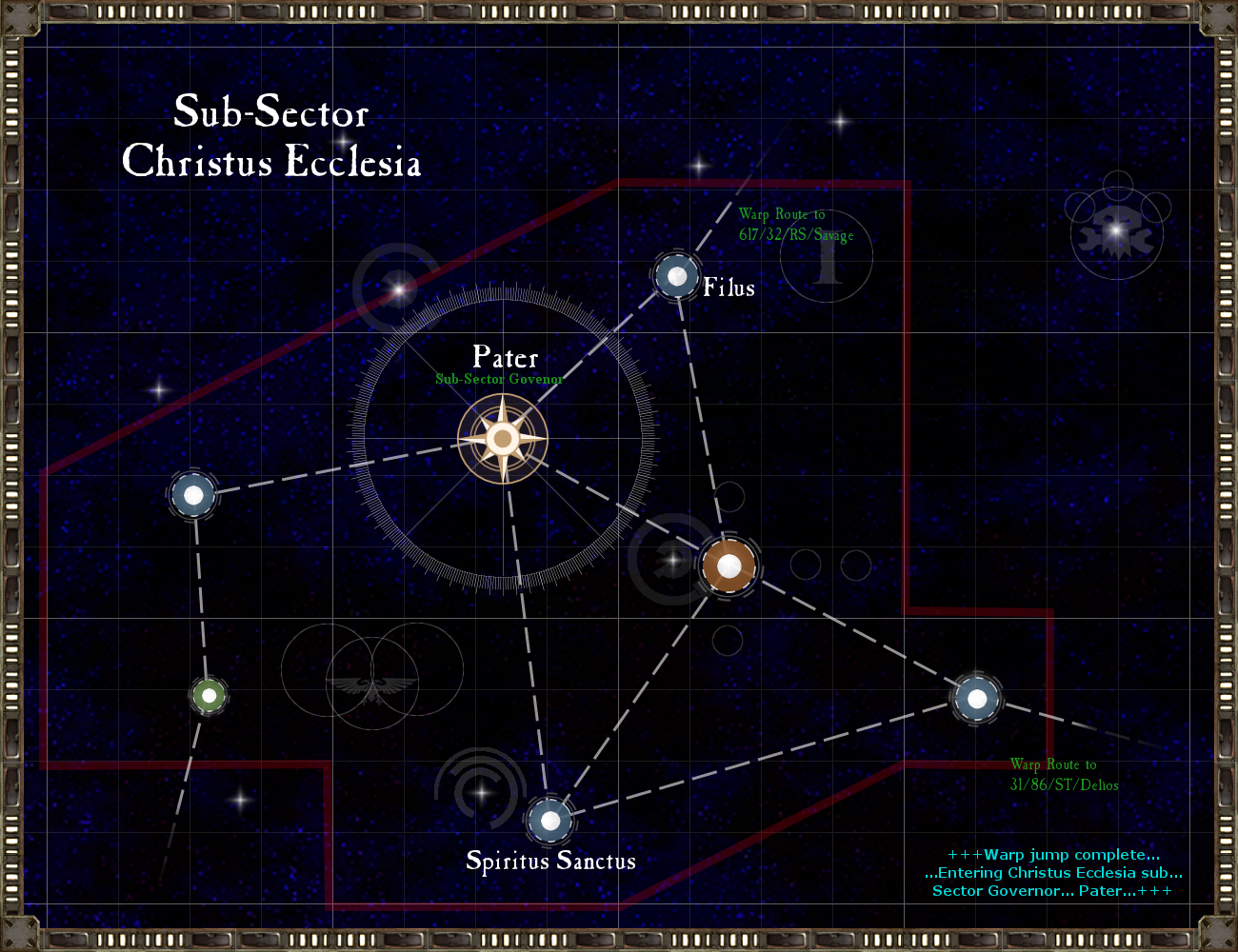 The current 63rd Expeditionary fleet of the Luna Wolves’ position encroached on the edge of a weak signal. The faint whisper of a transmission picked up through long range augury scans indicated there was abnormal and ancient technology somewhere. Through many days the resident Magos on the Vengeful Spirit grew more tense and declared great interest to Horus, wishing for an opportunity to reach out into the void.”

In this campaign we shall encounter the sub-sector Christus Ecclesia. There are three systems: Pater, Filius System and Spiritus Sanctus. There is a notable habitable planet within each system. Orbiting each of these planets are ancient Arks; remnants of hollowed out asteroids that were altered to transport a pilgrimage to the stars. Technologies of the Dark Age of Technology infest these Arks and would be of much interest to the Mecanicum. There are moons, asteroid belts, gas giants, a binary system and numerous hulks between the three systems. This Campaign will embark on a narrative that is driven by the battles presented to loyalists and traitors alike. This sub-sector will see the massacre and triumph of all legions of Man, Astartes and Mecanicum who seek to reap the mysteries of the void.