The Assault on Delta Gamma 43 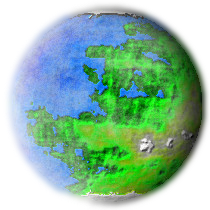 The Assault on Delta Gamma 43

Captain Phanuel Karna strode into the command bridge onboard his flagship, the Retaliator Class Grand Cruiser Angra Mainyu. All senior commanders of the 3rd Great Company where assembled. In the center a large holographic view of the planet Kaska'Irilis was projected, showing the the prime palace city of Coralantis and the orbiting Harkalialis-Primaris Naval Yard.

-Brothers, the next phase in our operation is about to begin. Our brothers in the Alpha Legion have successfully infiltrated the Naval Yard and have located the Primaris medical facility. Our intelligence indicates that the pathetic remnants of the defeated loyalist scum from of Isstvan V are using it to treat their wounded legionnaires.

Phanuel Karna manipulated the controls of the holo-map displaying the Harkalialis-Primaris Naval Yard. Zooming in the view of the northern part of the Naval Yard, finally focusing the image on a large asteroid, its surface covered with various buildings and structures. The space around it was surrounded by battle damaged Space Marine transport crafts of all shapes and sizes. Most of the ships where from the Raven Guard Legion but there were also vessels from the Iron Hands, Salamander and even some from the Imperial Fist Legion. - The main target is the Eastern Section here, designated Delta Gamma 43. This is the location where the Raven Guard has their Progenoid Glands storage facility. We will insert via dreadclaws here and proceed to the target area. Once the Progenoid Glands have been secured we continue to the extraction point here, where Captain Vossen’s Stormbird will return us to the Angra Mainyu. Questions? For Mortarion, for the Warmaster! Ready your men we leave in T minus 10. Karna grinned. Soon the pathetic sons of Corax will regret the day they crossed the path of Phanuel Karna. Talon Captain Typhorius Darchin was in the main supply dock when the alarm sounded. He quickly ran over to the nearest vox station. -Strike Leader Isaak Varn report!

The game that was played

++++The Assault on Delta Gamma 43 used the Combat Drop deployment map and the Combat Extraction Strategic Raid Mission. The Raven Guard being the Defenders and the Death Guard the Attacker. The alternative strategic raid mission force organisation charts and rules where used for this mission.++++

The dreadclaws blasted through space at high velocity towards their target. Burning retros slowing their decent at the last possible minute, they smashed into the rocky surface of the asteroid sending a massive cloud of dust into the airless void. Silently and efficient the Death Guard strike force secured the landing zone and began advancing towards their objectives.

The Raven Guard reacted swiftly to the assault and started fortifying the storage facility while dispatching interdiction forces to slow the advance of the traitors. These where cut down merciless by the Death Guards as they continued on to their objective. The space between the buildings where filed with Bolter, Volkite, Melta and Lascannon fire as all weapons of war where unleashed. Realising the goal of the attack and taking massive casualties the desperate loyalist defenders managed to evacuate large stocks of Progenoid Glands. Gunning down the last of the defenders and securing multiple samples of the Raven Guard genseed the Death Guard destroyed what was left of the facility and proceeded to their extraction point.

Captain Phanuel Karna entered the exit ramp of the Stormbird. Explosions and gunfire filled the air. He ordered the containers containing the weak loyalists Progeniod Glands secured. His voxlink cracked to life. –Captain we have multiple Raven Guard Storm Eagles closing in on our position. –Captain Vossen our cargo is secure, take us out. Karna maglocked himself to the floor of the Stormbird as the large transport massive engine came to life and lifted the sleek assault transport off the asteroid. Blasting free of its gravitational pull it headed towards the rendezvous point.

The visitor’s armour where a gleaming blue, green and silver. Its colors seemed to slither like snake skin in the dull lighting of the Angra Mainyu’s inner sanctum. –You have secured the virus and enough samples of genseed from the Raven Guard for our plan to succeed I see. Have the first Captain’s biomagos and the Davinite priests conducted the necessary ‘adjustments’ to glands? –They have, Karan said. –Good, I will request the coordinates for its delivery to be transmitted to you. Soon we will strike a blow to the Raven Guard that will ensure their final destruction. –For Horus! Karen replied. –No for the Emperor, the visitor grinned. He saluted the Death Guard and left the sanctum……