When compared to the scale of the civil war, or even to the chaos rolling back and forth across the Kaerimon Sub-Sector, the battle to reclaim the Fuschal System from the grasp of the traitors would barely count as a footnote, but that makes it no less important to the survivors and the victims of the campaign.

Fuschal and the other planets had been enslaved to the Warmaster's banner precisely because they were vulnerable - each city-ship, atoll, or mining station cut off from the support of their neighbours, and crushed or cowed as the situation demanded. With the population forced to feed the ravenous appetites of Horus Lupercal's warmachine, his fleets were free to move on towards other targets, leaving the Fuschal system garrisoned by a mixture of Legions, Auxilia, and voidships waiting for resupply and repair.

Cynics will note that the same supplies would be just as useful to the scattered forces of the loyalists, but the commanders of the liberation force insist that their decision to attack was purely strategic - by disrupting the Warmaster's supply lines, they could delay or weaken his push for Terra, and as such would aid the defense of the throneworld. At any rate, the operation was planned precisely, opening with covert raids upon the auspex stations in the outer asteroid belts, in order to blind the traitors to the arrival of the loyalist forces. From there the liberation fleet could move in to destroy the traitor warships, secure Fuschal's orbital defenses, and retake the planets themselves. This may have been optimistic, given the lack of open ground on the waterworld of Fuschal, and the deadly jungles of Empusa, and the addition of newly built Legion fortifications on both. 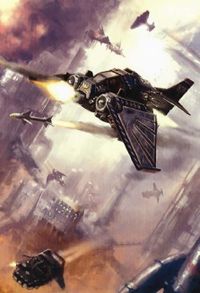 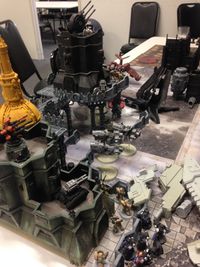 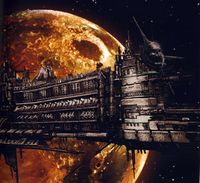 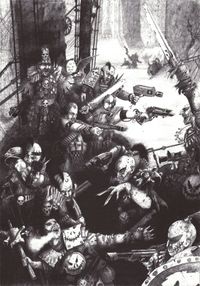 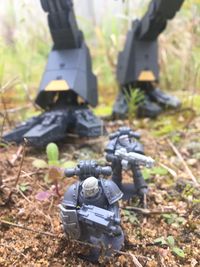 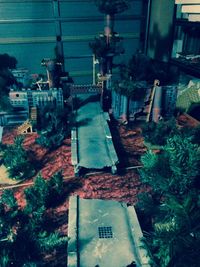 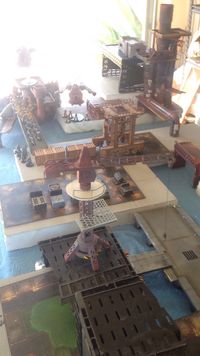 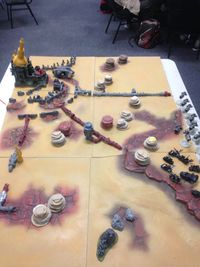 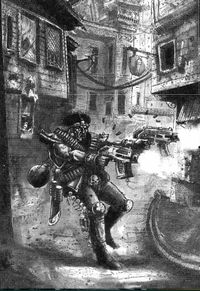 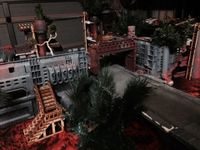 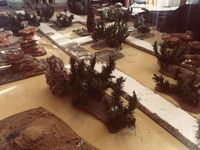