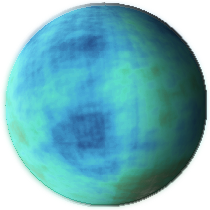 The Salamanders had landed in full force on the beaches of the cloister atoll and advanced inland to relieve the militia and population loyal to the Emperor. They arrived on the following the path marked by their reccon troops with infantry, towed thud guns, a Scorpius and a Spartan full of terminators. Arrayed against them was the first line of defence with lots of infantry, a Thanatar construct and some jump troops led by a terror clone of the evil primarch himself. The scouts had warned off Terror squads in the vicinity, the Praetor was unconcerned however as he was sure the Iron Hands Praetor would be able to deploy his troops soon after having decommissioned his 3 juvenile servitors and join the fray.

The Night lord were aided by the long lasting dawn that impeded the fire from the Loyalists as the mortar batteries were shelling positions on both sides. Casualties were minimal on both sides, only recklessness on the part of the clone resulted in the Salamanders being able to deviate with the Spartan enough from the original part to unload its cargo and allow the Terminators to charge the Warlord unit and have a Salamander Contemptor join the melee as well. A wound suffered by the clone from a thunder hammer resulted in the beast to be concussed and unable to disengage from the combat as the Iron Hands units joined the battle from both sides.

Iron Hand fire by a Zyphon and a flanking Land Rader was concentrated on the Thanatar but the brute was able to shrug off most of damage or get healed later in the engagement. Tölpel Argon, the Iron Hands praetor had deployed in a drop pod with some volkite marines right in the center to treaten the traitor artillery. On the other flank the Iron Hands Cortus peppered a large unit of Night Lords camped in their deployment area. Said Contemptor only had a short glance at the sunrise as he was shot in the back by a Land Speeder, the Night Lord reserves had arrived from the flanks. Several Terror squads encircled the Salamander infantry but took their time to attack, a further Iron Hand drop pod at the western flank (to aid the Salamanders...but also to secure the stationary Iron Hands Scorpius parked alongside the Salamander counterpart) helped to stabilize the situation somewhat.

In the center however the Firedrakes suffered some losses taking on the jump infantry but managed to take out the primarch clone and advance against the traitor center. The Gorgon Terminators spilling out of their Land Raider bounced off from the Thanatar and were run down (battle analysis later resulted in the marking of a new Thanatar type, previous mechanicum marks were not able to swiftly follow their opponent in a melee), The Iron Hands praetor and his followers took out the artillery and took on some newly arrived Thallax that were unwilling to accept their defeat and decided to stay on in the fight. The terror squads were slowly able to bring down their loyalist opponents in the loyalist deployment area and the Night Lords Storm eagle caused some casualties with pot shots before exploding from an elevated shot from the Spartan.

As the opponents had to disengage due to the beginning of the midday floods both sides were about evenly matched and all areas of interest contested apart from the death of the primarch clone that forced the traitors to withdraw inland and lick their wounds.