The Lincon Heresy~Decent of Raven 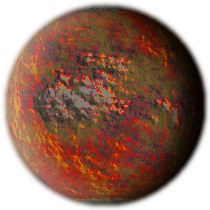 The fabrics of real space was torn asunder and a myriad of lights played across the region of space where a gaping maw into the warp open to reveal the vanguard of the Warmasters fleet as it entered the Lincon system. The few Orbital Defence monitors and light frigates patrolling the area were quickly destroyed in a hail of lance and plasma fire. The Traitor fleet pushed through the burning wrecks towards the planets of the system. Onboard the command bridge of the Stealth Cruiser, Shadow of the Emperor, Talon Captain Vordin Solari stared at the onslaught with fiery eyes. He quickly ordered the Astropath send message to Terra that the traitors have arrived and to turn the cruiser around and rendezvous with the Loyalist fleet in anchor around Yaris Dock.

As soon as the ship main engine came online and it gathered speed to leave high orbit around Hells Reach it was assailed by Traitor Escort ships and Xiphone Interceptors. The void was filled with plasma, las and torpedo fire as the Shadow of the Emperor tried desperately to fight of its assailants. One torpedo hit the starboard engine and the Cruiser started to buckle and slow down. Trailing burning plasma from leaking engine reactor cores and countless of small fires across its black battle scared hull. Finally the aft crumbled and the mighty warship started to tumble down towards the planet. Its bow plunging into the toxic ash waste desert of Hells Reach, leaving a trail of burning wreckage along its path until it finally came to a stop on top of a smoldering bio toxic pool of industrial waste.

Vordin survived the crash and quickly ordered the remaining warriors of his Talon to regroup. He formed up a desperate defencive perimeter around the smoldering remains of his Cruiser as World Eater Caestus Rams, Drop pods, Stormbirds and Thunderhawks descending like a meteoric storm towards the planet. The future looked grim for the stranded Raven Guard survivors caught upon the windswept ash wastes of Hells Reach, however Vordin remained resolute. Behind the wrecked ship stretched the great toxic lake that had forced them into this last, defiant stand. Ahead of them massed the might of the World Eaters, the rage-driven Astartes Legion of Angron, who strode at their head roaring for blood. A sea of white and blue World Eaters Astartes spattered with the red of gore swept up from the valley intent on the destruction of the Raven Guard. Maddened by their neural implants and driven into a battle-frenzy by inhuman cocktails of stimulants, the berserk warriors of the World Eaters pounded up the sloping mountainside while their tanks and guns provided covering fire; every warrior bellowed his eagerness to fulfill the blood oaths he had sworn to his Primarch.

In a mighty roar the World Eaters charged head long into the thin line of the Raven Guards, Chainaxes screaming as whirling row of monomolecular teath saw into loyalist armour, dismembering and butchering with every stroke. The sons of Corax fought back vigorously but they were outnumbered and soon the tide of the battle shifted irrevocable to the Traitors advantage.

Vordin stod in the thick of the fighting, his Thunderhammer smahing down on the World Eaters surrounding him, sending chunks of Admantium, Plasteel, flesh and weapons flying through the air. His fellow Talon Brothers around him falling one by one to the massive onslaught of maddened and rage infused World Eaters. In one last act of defiance he impaled his hammer into to the leading World Eater, slipping on the gore soaked ground, dragging the massive hulk of the Cataphractii clad World Eater with him. Then followed darkness…

The mission that was played was the Battle for Gate to Core 66: