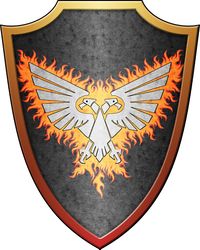 The Warmasters great betrayal is announced to the galaxy with the bloody brutal shattering of the loyalist legions at Istvaan IV. The unthinkable has become reality, brother fights brother, the Imperium of man folds upon itself in conflict. Elements of the once vast loyalist forces withdraw in hast to systems beyond the Warmasters reach. They seek to repair, they seek to re-arm, but most of all, they seek vengeance.

One such loyalist force, larger than most, consolidates within the Trugoy system. Remarkably unremarkable, this system comprises of a highly advanced and populous hive world, a small forgeworld, an agri world, an icy deathworld and an inhospitable gas giant from which obits the systems shipyards.

Legion commanders have taken control of the systems defenses and they begin to prepare for the horrors of what is sure to come.

While the Traitors had succeeded in destroying nearly every Loyalist opposition in the lead up to the Rallying at Trugoy, the Warmasters advances stopped there. With the initial defeat in the attempted landings on the primary planets, the Traitors forces continued to take solid loses as they attempted to break the Emperors forces within the system. Although their tactic changed and become far more focused surgical strikes, this came too late and achieved too little to dislodge the Loyalists garrisons. This is not to say that serious damage was not done to the System and the Loyalists hold upon it.

From the earliest stages of the war, Impasse became a death world of unprecedented levels, with the Xenos virus running rampant across the surface all promethium production ground to a halt as the refineries workers died en masse and with little resources to divert to the planet to assist it quickly became abandoned by both factions. The dark Mechanicum faction deep beneath the surface, long dead, had both succeeded and failed in their task to the Warmaster; had the Loyalists not intervened the virus would have been safely removed from the planet, free to be used on other worlds and in other campaigns. The cost for this though was great and will be felt in the Systems economy for centuries to come.

Although never a prosperous planet, the rediscovery of the Titan hangers on Grox had revealed a facet of the planet which had been buried for aeons. In less war torn times, these discoveries would have been cause for tremendous celebration; the rebirthing of a lost titan legio would have attracted the favour of Mars itself and given the System a powerful ally, rejuvenating the former Forger world at the same time. Instead the world's atmosphere still burns, the planets surface breaking and roiling beneath the cataclysmic damage done to it by the Titan wars fought over it. Grox's legacy, briefly remembered, will slide into oblivion once again.

The famed Nestro station and its dock yards proved luckier than the planets. Although there was significant damage done to one of its docking arms early in the campaign, the Traitors never again tried to launch a coordinated boarding action against the facility, merely harassing the station from afar. This alone will prove pivotal in the coming years of war against the Warmaster, for the dockyards, even damaged, will provide a valuable repair point deep inside the fringe for Loyalist fleets and may even be able to begin production of smaller vessels again within a few year.

Trugoy itself fared better then its minion worlds, but certainly did not escape unscathed. The initial betrayal of the Governor and the mass conversion of the population to their old religion gave the Loyalist forces enemies on two fronts; the invading Traitors and the rebelling civilians they were trying to protect. Even as the Emperors name was restored as ruled over the planet, multiple Hive worlds fell to civil war as the dark rituals continued unabated, tearing the very fabric of reality asunder. Geigenhive and Sydneaous Prime were the two main victims of the Traitors incursions, the former taking significant civilian casualties and witnessing multiple horrors. A final assault on the Trugoy Primary hive was met with the same resolute Loyalist resistance which was seen throughout the war, defeating the last offensive by the Warmaster in this System. 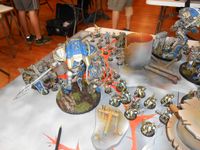 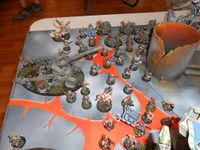 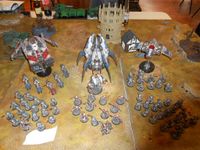 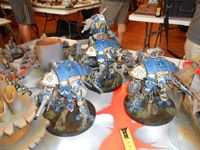 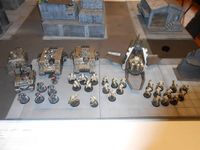 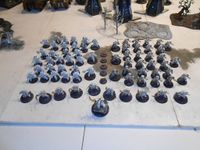 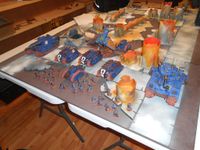 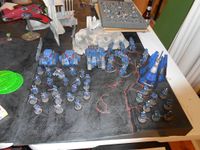 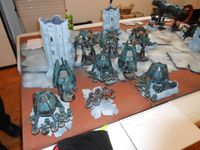 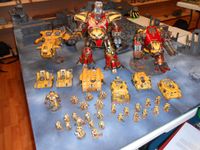 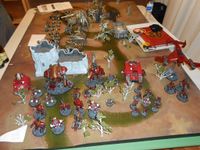 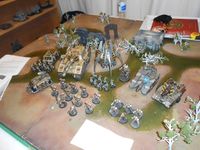 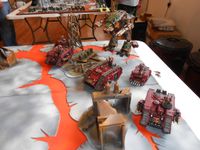 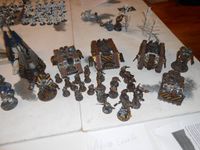 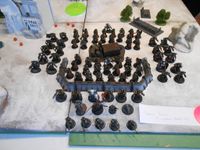 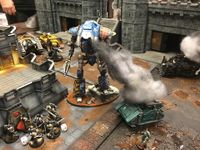 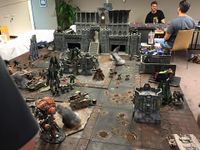 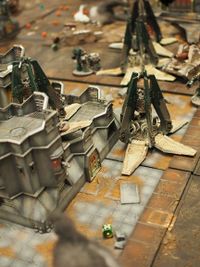 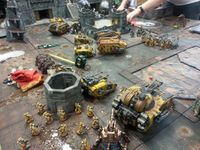 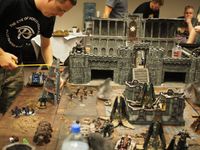 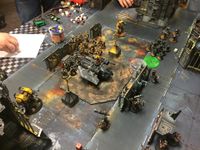 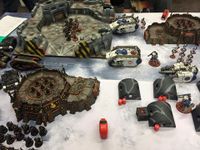 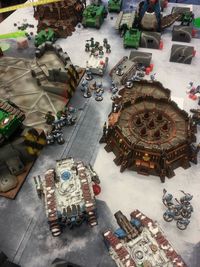 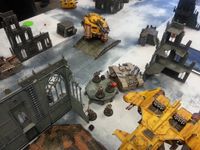 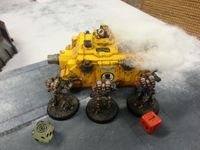 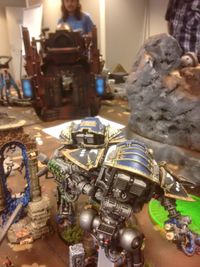 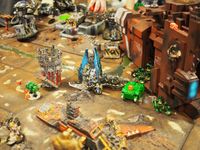 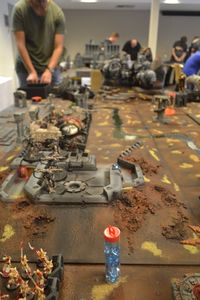 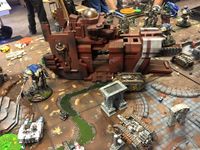