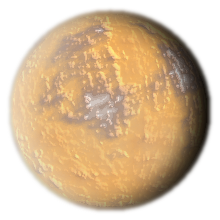 The battle for Sydneaous Primary Hive, home to Trugoy’s astropathic relays and largest choir, will be remembered as a stirring Loyalist victory for centuries to come. The opening phases of the siege saw the Traitor forces of Horus Lupercal flood the plains around the gargantuan hive with war machines, artillery emplacements and god engines of the traitor legios. Headed by Perturabo’s warsmiths and logsticians the traitors dug in and sighted their guns at the spires of the hive.

For three weeks the citizens of Sydneaous and their valiant defenders were subjected to constant bombardments and blitzes. Hundreds of thousands of loyal Imperial subjects murdered in cold blood by the war accountants of the Iron Warriors legion and their allies. The shield wall surrounding the hive held for longer than anyone thought possible, finally succumbing to the traitor ministrations just before dawn on the twenty-first day. However instead of a cowed defeated force behind the walls, the first traitors through the breach were met by a ferocity born of desperation.

The psychotic soldiers of Angron’s World Eater legion were the first into the hive, breaching the walls in spartan and land raider transports before throwing themselves on the defenders lines, they were met by the disciplined bolter fire of the Imperial Fists. Bloody close quarter battles raged for days through all levels of the hive complex. Street by street the Traitors pushed themselves into the guts of Sydneaous, knowing the only way to take the Astropathic relays intact was to claw their way up the spires, inch by inch.

The civilian death toll climbed into the millions, the murderous Night Lords and debased traitors of the third legion taking great pleasure in reaping the human population like cattle and letting their blood flow like rivers down the levels of the hive. The siege reached a crescendo on the grounds of the Astropathic temple, thousands of legionaries clashing in the shadows of god engines and super heavy war machines. Angron and Perturabo personally taking to the field to crush the loyalist forces arrayed in defence of Sydneaous.

However, after hours of bloody fighting the loyalists had beaten back the warmaster’s hordes and were starting to push them from the hive. Having weathered the best the traitors could throw at them the loyalists emerged from behind their barricades and inside bunkers with a fury unmatched. Hounding the retreating traitors and cutting them down without mercy, the traitors now running for their lives left their war machines and even comrades behind in their rush to escape Sydneaous and the retaliation of its defenders.

Sydneaous would be a stain upon Lupercal’s forces and the site of one of their greatest defeats.

Report from the Field

Sergeant Trask stormed across the upper levels of Hab District Gamma, fuelled by an insurmountable rage.

Defeat! Repelled from Sydneaous Primary by the devotees of the False Emperor!

Despite the Lord of Iron's great gains against the Imperial Fists, the Horus-aligned forces within Sydneaous Primary had been routed, and Perturabo had entrusted the withdrawal plan to Delegatus Manaheim. Delegatus Manaheim was currently cowering behind the armoured bulk of Trask's Cataphractii Terminators, using them as moving cover while he made a final dash for the extraction point and safety.

"Faster you fools! The longer we're out here, the more chance there is of us being discovered!" Manaheim was practically hysterical at this point, and Trask had taken to ignoring him.

"Sir, Cataphractii armour can only move so fast." Sergeant Grumenael tried to reason with his commander from his position in the lower levels of the hab.

"The Alpha Legion are providing armoured support, so we're quite well protected. Perhaps if we hadn't stripped the Land Raider for parts to fix the Fire Raptor, we could move a little faster..."

"No! No, we need the air cover. Your incompetent operation of your armour will have to do until we're off this planet."

Grumenael's sigh was audible, even over the static in the vox. "Yes, sir."

Trask's voice filled the space where Manaheim's nervous silence fell. "Warriors, ready weapons! Today we make these curs pay for the dishonour they have inflicted upon us! Iron Within, my brothers!"

Trask's fury finally had an outlet, and his bolter roared as Iron Hands and Salamanders moved to engage...

Sergeant Grumenael flicked the gore from his Chainfist.

The Salamanders Delegatus had died swiftly, and now the entire sector was clear of Imperial forces, allowing the Alpha Legion to retrieve what remained of their armour and permitting the Iron Warriors to board their inbound Thunderhawk. Grumenael strode to the platform where Manaheim and Trask stood, locked in yet another of the arguments that had defined their relationship since the withdrawal had been ordered. Trask's voice rumbled like a rock-drill cutting through stone. "... You're a coward, Manaheim! Cowering behind better men while they die to protect your sorry hide!"

Manaheim was practically screeching by this point, his voice audible even above the shrill winds cutting through the hab block. "I will not be spoken to like this, SERGEANT! Need I remind you that I am still your commanding officer, and you will obey and respect me!"

Grumenael cut the argument short. "Apologies for the interruption, sir, but have you made contact with the Thunderhawk yet?"

"Sergeant, you know very well that Vox-distortion is preventing long-ranged communication! No-one will even know we're alive until the transport closes to short range."

"Good." Without another word, Grumenael drove his Chainfist through Manaheim's chest, the revving blades pulping every major organ and redundant system in his body. Trask drew his weapons in shock, but made no move to interfere.

"Why?" Manaheim burbled through the blood undoubtedly filling his helmet.

"Because Trask is right. Because you ARE a coward. And because the IV Legio is stronger without rust like you corroding the Iron Within and wasting the Iron Without. Die now, sir, and weaken us no more."

Delegatus Manaheim slid from the revving Chainfist and fell backwards over the railing, striking at least one support pylon on his final voyage to the hive-sump. Grumenael turned to Trask, habitually flicking yet more gore from his Chainfist. "Such a shame that the Delegatus fell to an enemy sniper, and with deliverance so close at hand."

The wry smile that crept across Trask's face told Grumenael exactly how he felt about Manaheim's death. "Yes... Tragic. Now, shall we leave this hell-hole? I hear Captain Dreth needs reinforcing on Dur-Kazit, and I for one have had enough of this place."

Both Sergeants turned and strode back to the extraction point, neither of them even registering the dull thud of a forgotten body coming to rest at the end of a long drop.