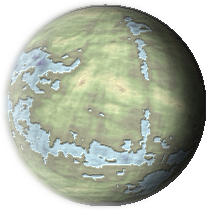 Welcome to the second month of the SECOND GOLLOCH WAR!

The assault on Star Port EN-BE551N

At the outbreak of the galactic civil war the Techno-Archivists unleashed the forces they had been building up in secret, as well as contingents from all of the forces loyal to the Warmaster. The planetary forces of Gaul were quickly overwhelmed and the techno-archivists declared independence from the imperium.

A full system invasion was ordered, with the separatists on Gaul idenified as primary agitators and a key stronghold to assault. Key to the success of the invasion and pacification of Gaul was Star Port EN-BE551N. The Star Port was key to the orbital defences of the planet as well as a critical command and control facility for the Techno-Archivists. A number of elite strike forces were dispatched to take key locations within the star port prior to the full assault.

The Star Port lay between the Omega and Gamma landing zones for the invasion as well as near to the important civilian populace of Hive Blay-Beta-2. The facility was protected by macro cannon batteries and weapons emplacements as well as bastions and strong points along the main Bayeux-Delta-32 maglev line. Commander in charge of the invasion, Lord Commander B.L Montgomery, wanted to establish a promethium and munitions store within the star port for the on going war effort. He committed all elements of his forces to the assault. Legion forces and Solar Auxilia as well as elements of the Mechanicum and the God Machines of theTitan legions supported by the un numbered masses of the Imperial Army and Militias gathered to take the Star Port.

Initial orbital and sub orbital strikes knocked out the Vox network for the port, before the Vox net can be restored, the invaders struck

These games should be played using the STRATEGIC RAID missions and loyalist forces should use the RAIDER FORCE ORGANISATION and traitors forces using the GARRISON DETACHMENT FORCE ORGANISATION from Horus Heresy Book 4 - Conquest. This would represent the elite task forces sent in to take out key elements of the Star Ports defences.

Forces should be primarily skirmishing infantry based, using the following army building restrictions:

The loyalist player will automatically be the raider player and traitors player will be the defending player. If you do not have separate loyalist or traitor players, let the story you create dictate who would be raider or defender.

Ambush tactics - the raider player automatically has the first turn, the defending player may still seize the initiative as normal.

These games should be played using the core Hours Heresy missions using any force organisation. This would represent the invasion of the Star Port, so go big for the armies!

There are no restrictions on force building but the missions should be played on urban tables, preferably in a cities of death style.

On my command, unleash Hell! - The loyalist player automatically has the first turn, the defending player may still seize the initiative as normal.