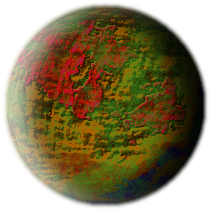 This phase of the campaign has now been completed

Welcome to the first month of the SECOND GOLLOCH WAR! This month represents the first major engagement between the Loyalists and Traitors, the Loyalists on the back foot as they arrive expecting sanctuary and resupply, but are thrown into the fires of ungodly war!

The Death of Paterswold Campaign

Although theoretically you can play any game, for those hobby fiends who want to get properly immersed, try organizing one or two of the following games with your friends:

1. 1500-2000 point games, limited only to Infantry, Walkers, and Speeders, and using the SHADOW WARS missions. This would represent small loyalist forces heading down to the planet to defend Mechanicum scavenger teams and work crews, forces being ambushed by the stay-behind traitor units, and the generally savage fighting which went on during the first month of the war.

2. Zone Mortalis games of 1000-1250 points using the rules from Book 1, and rolling for catastrophic damage at the start of each player turn. Every hive or industrial area has been heavily shelled or sundered with atomics and is either on fire, spewing radioactive particles, or collapsing.

On top of the previous missions being played out, the Loyalist and Traitors alike are seeking out further information about the Golloch Cluster. Being an administrative as well as commissariat hub, Paterswold has much information and many agents who can be extracted and worked for intelligence.

In games set during the Death of Paterswold, you may use the Points of Interest system!

Before each game roll a D3, and place that many 'Point of Interest' markers. These should be 25-40mm in size. Once a unit ends their movement phase within 1" of one of these markers, roll a D10 and consult the chart below.

NPCs - Some points of interest aren't merely traps or information, some are living humans who have to be kept safe and extracted off world. These characters will join your party, they all have the 'Independent Character' rule and can join your units. These NPCs do not cost any points and can be used in the campaign until they are slain at which point they are removed from your army list.

Explorers - Vigilators, Legion Recon, Militia Recon, Strategos - these units along with any unit equipped with an augery scanner may choose to roll 2D4 on this chart instead.

Paterswold is a deadly place, rad squalls are everywhere and devastating to biology. The unit suffers -1 toughness for the rest of the game.

The unit is ambushed by wild predators; scalehounds, rad-wolves, hyperthylacines etc. Place D3 hound models (or anything else suitable) within 3" of the marker and they immediately assault the unit. Their stats are:

The unit has encounted a Magos Biologis, an expert on genetics and biology. He offers to help you in return for safe passage offworld, his stats are:

The unit has encounted an Imperial Scout, a frontiersman used to hairy situations. He'll join your force regardless of alignment, in return for food and a chance of escaping the world.

The unit has encountered a Gollochian Noble, when offered the promise of escaping offworld he agrees to help you. His family are dead and he is quite crazy.

The unit encounters a quite Remembrancer who will follow you, when pressed he will give inspiring oratory against your enemies, inspiring whichever unit he is with to great acts of savagery against them.

You have found a Cogitator containing information of interest about the Golloch Cluster which High Command is seeking. Immediately add +1 victory point to your game total. Note due to the Shadow War missions, this might not always help!

The unit has encountered an Imperial Cartographer trying to escape offworld. He will join with you and lead you safely to an extraction point, or to good ambush sites to smash your enemies from.

Note: The idea of these NPCs is to add some special rules and flavour to your games. You should endeavour to name your NPC and build a cool model for them between games to impress your opponent and help immersion! Listen to the Eye of Horus Podcast for more information about the NPC Modelling and Painting competitition!