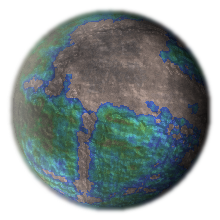 Welcome to the fourth month of the SECOND GOLLOCH WAR!

Lasombrachs lies in the shadow of it’s sister planet Tralech towards the Eastern section of the Golloch Cluster. Whilst Tralech reflects the light of Golloch’s sun Lasombrachs appears to suck it in, the great ruins of an ancient civilisation lie peacefully on Tralech’s surface having been stripped in the first age of Man’s exploration while it’s Lasombrachs was relegated in interest. When the Imperium reached out it’s hand a second time Lasombrachs was discovered to be the true gem of the two celestial bodies. Great promethium lakes lie beneath vast swathes of the surface and soon the Mechanicum had started to build a ceramite jungle in the swamp land that completely covered the planet.

As the operation expanded and great refineries started to pump their pollution into the atmosphere the already murky skies became a perma-fog that appeared almost solid at times. The swamps were already treated with distrust by the few humans that worked in the processing facilities and now they refused to leave the safety of the Mechanicum’s walls without an escort of thralls to protect them from the few creatures that still managed to eek out a life on this hostile world.

To be a miner on Lasombrachs is misery itself. The world is in a state of perpetual dusk thanks to a rogue asteroid which knocked the world from its stable orbit to the messy elliptical wobble it now inhabits. Due to long stretches outside the habitable zone of its dim star, all natural life on Lasombrachs has died and only the miners and their carefully rationed supplies remain.

That is, until, War came to Lasombrachs...

The Mines of Lasombrachs, despite being fetid and bleak, are also full of treasure for those willing to seize it. Deep beneath its polluted surface there are refining factories that take the dangerous ores and chemicals mined from Lasombrachs and made into proscribed weaponry - dangerous, but deadly effective all the same.

THE BATTLEFIELD Representing the great sprawling undermines of Lasombrachs, the table should be arrayed with restrictive terrain combining tunnels that only fit infantry to some small wider caverns that might admit a Dreadnought largest.

If you’re interesting in making some quick and dirty mine terrain, look here: http://brokencontract.blogspot.com.au/2016/06/making-mine-scenery-for-game-mats.html

If you aren’t fortunate enough to have a collection of mine-type terrain, or time to create it, a battlemat will work in a pinch: http://www.drivethrurpg.com/product/206190/Heroic-Maps--Giant-Maps-Agaricath-Drow-Slave-Mine

Prior to deployment, each player must take turns placing two objective markers each on the battlefield, using hte Rules for Placing Objective Markers.

Use Dawn of War Deployment for armies.

At the end of the game, the player who has scored the most Victory Points is the winner. If both players have the same number of Victory Points, the game is a draw.

At the end of the game, each Objective Marker is worth 3 Victory Points to the player that controls it.

The fastest way to get munitions and fuels to conveyors is Lasombrachs sole Oribital Elevator - a miles tall cable that rockets precious cargo from the surface to a small orbital station far above. It’s capture is essential to harvest the produce of the mines.

Set up terrain as described in Preparing for Battle. Use Random Deployment Zones to determine which Deployment Map will be used for this mission. Each player rolls a D6, re-rolling ties. Whoever scores higher can decide which half of the table they wish to deploy in. The opposing player will deploy in the opposite half.

In the center of the table is the Orbital Elevator, the primary method that munitions and fuels were conveyed from the surface to orbit. Mark the elevator with a 5’ round objective. A suitable piece of terrain would be boxy cargo unit attached to a giant cable, going way, way up... but if all else fails just a Large Blast Marker will suffice.